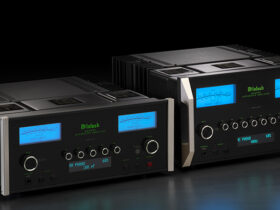 iRobot has developed the Create 3 Educational Robot, in celebration of National Robotics Week, which is designed for learning, developing, and coding.

Based on the Roomba i3 Series robot vacuum platform, Create 3 provides educators and advanced makers with a reliable, out of the box alternative to costly and labour-intensive robotics kits that require assembly and testing, says iRobot. Instead of cleaning people’s homes, the robot is designed to promote higher-level exploration for those seeking to advance their education or career in robotics. Thus, it does not include any cleaning hardware.

National Robotics Week, from April 2-10, was founded and organized by iRobot as a time to inspire students about robotics and STEM-related fields, and to share the excitement of robotics with audiences of all ages through a range of in-person and virtual events.

“iRobot is committed to delivering STEM tools to all levels of the educational community, empowering the next generation of engineers, scientists and enthusiasts to do more,” says Colin Angle, Chairman and CEO of iRobot. “The advanced capabilities we’ve made available on Create 3 enable higher-level students, educators and developers to be in the driver’s seat of robotics exploration, allowing them to one day discover new ways for robots to benefit society.”

With ROS 2 support, students and educators can focus on the application. The robot is compatible with ROS 2, an industry-standard software for roboticists worldwide. Robots require many different components, such as actuators, sensors, and control systems, to communicate with each other in order to work. ROS 2 enables this communication, allowing students to speed up the development of their project by focusing more on their core application rather than the platform itself. Learning ROS 2 also gives students valuable experience that many companies are seeking from robotics developers, adds iRobot.

broaden the complexity of projects that they work on. The iRobot Education Python Web Playground allows advanced learners and educators to program the iRobot Root and Create 3 educational robots with a common library written in Python. This provides users with a pathway to learn a new coding language, opening the door to further innovation and career development.

As a connected robot, Create 3 comes equipped with Wi-Fi, Ethernet-over-USB host, and Bluetooth. Create 3 is also equipped with a suite of intelligent technology, including an inertial measurement unit (IMU), optical floor tracking sensor, wheel encoders, and infrared sensors for autonomous localization, navigation, and telepresence applications. Additionally, the robot includes cliff, bump and slip detection, along with LED lights and a speaker.

A 3D simulation of Create 3 is also available using Ignition Gazebo for increased access to robotics education and research.

iRobot Create 3 is available immediately in Canada for $399. The iRobot Education Python Web Playground can be accessed in-browser at python.irobot.com.