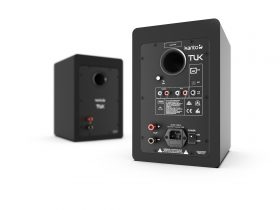 Both new earbuds feature fully adjustable digital ANC that allows you to switch from full ANC transparency with HearThrough mode to anywhere in between. They include six microphones, wind protection for call clarity, and are Qi-certified for wireless charging.

Existing owners of the Elite 75t earbuds, including the Elite 75t and the Elite Active 75t, can activate ANC with a free over-the-air (OTA) firmware update, delivered through the Sound+ app.

The new Elite 85t features Jabra’s most advanced and powerful ANC technology, while maintaining the same small size and signature design. It comes with Jabra Advanced ANC which delivers a level of noise-cancelling that goes one step further than Jabra’s standard ANC offerings. The dual chipset in the earbuds delivers strong ANC capability as well as optimal sound processing. HearThrough lets you hear surroundings, and ANC is fully adjustable with extra focus on natural sound performance and limited occlusion (blockage/closure), achieved via the semi-open design and multiple ANC microphones.

Six-mic technology (three on each ear, two on the outside, one on the inside) along with improved wind noise protection helps improve call quality. Microphones on the inside and outside of the earbuds are used to provide Jabra Advanced ANC, which allows for improved noise cancellation, filtering out more noise. Jabra Advanced ANC is adjustable with a dual slider from full ANC to full HearThrough, and anywhere in between, offering a more personalized experience based on your surroundings.

The 12mm speakers allow the Jabra Elite 85t to produce a big sound and powerful bass, while still enhancing comfort and relieving ear pressure with its semi-open design, says Jabra. The company has also adapted the ear gels to an oval shape providing better sealing in the ear. This means the tower of the Elite 85t does not sit as deeply within the ear, giving you a more comfortable but also secure fit.

The Jabra Elite 85t provides up to 5.5 hours of listening with ANC on, which extends to 25 hours with the charging case with ANC on and 31 hours with ANC off.

The free upgrade to the 75t series earbuds are being made available through Jabra’s engineering on Qualcomm technology. For new purchasers, the Jabra Elite 75t series will also be available to purchase with ANC as standard from October 2020.

The ANC-enabled models will also continue to have IP55/IP57 rated durability, and a two-year warranty. With ANC on, battery will be 5.5 hrs on a single charge (24 hrs in total with charging case), and with ANC off it will be the existing 7.5 hrs and 28 hrs in total. The addition of ANC as standard adds no additional cost to the earbuds.

The Jabra Elite 85t will be available for pre-order at Jabra.com, Amazon, and Best Buy in October 2020 and for sale online and in stores November 2020 for an MSRP of US$229. The earbuds will come in Titanium/Black November 2020, and Gold/Beige, Copper/Black, Black and Grey January 2021. 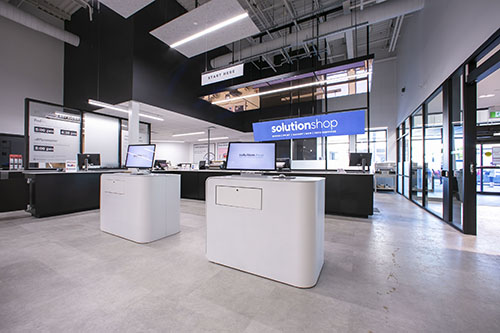 Staples Canada has opened its newest working and learning store ...

Posted by by Christine Persaud October 30, 2020 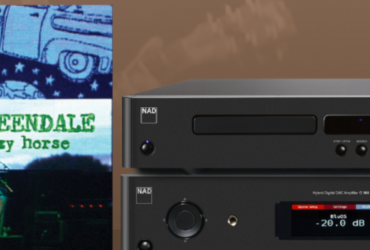 –- Advertisement -– On the heels of two previous announcements ... 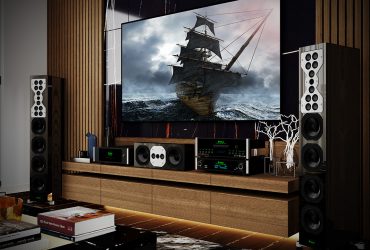 McIntosh has announced the addition of the MX100 AV processor ...