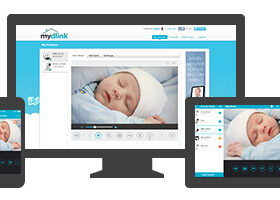 After stepping out of the smartphone arena in mid 2021 LG unveiled a new camera phone at CES 2023 with much better optical zoom capabilities similar to DSLR camera optical zoom lenses…and no rear phone lens bump.  This dual feat, announced by LG Innotek, a branch of LG specializing in electronic components, has been 20 years in the making according to company officials.

Officially called the ‘optical telephoto zoom camera module’ its smaller size comes with additional benefits like using much less battery power and saving space in the phone in favour of other components like larger batteries. It was shown at CES 2023 in Las Vegas along with an open LG Innotek booth display featuring more licensed innovations. LG Innotek also received the ‘CES 2023 Innovation Award’ recently with the optical telephoto.

Unlike all current high-end competitor camera phones, the new zoom module  will function like a real DSLR camera lens moving lens elements when zooming from 4X to 9X magnification. This maintains the phone’s optical photo quality compared to the traditional combination of optical and digital zooming of all current competitors.

Today, digital zooming reduces the quality of photos increasingly the more you zoom in.

Optical-zoom smartphone cameras aren’t new but use a bulky combination of two fixed tele lenses for optical and digital zoom in between. What makes LG’s upcoming offering different is that it allows you to zoom in at any magnification of between 4x and 9x without reverting to a digital zoom for the magnifications in between. Its use would eliminate the second of two fixed telephoto lenses in top-end camera phones.

LG claims that the thinner designed optical telephoto zoom camera module’s zoom actuator that moves the lens for zooming in and out, not only provides more accuracy but also high moving speed and durability with less battery consumption. The zoom actuator moves the lens precisely in micrometer (μm) units, with one micrometer being one-millionth of a meter, or 1/25,400th of an inch.

LG Innotek and Qualcomm Technologies are working closely to optimize software for optical continuous zoom that will be applied to the new premium Snapdragon 8 Gen 2 Mobile Platform. It will enhance the image tuning custom for the optics, which includes Auto-Focus, Auto-Exposure, Auto-White Balance, lens shading correction and much more. Users will be able to focus quickly. And the photos and videos will have stunning image quality according to LG Innotek.

Moreover, the OIS (Optical Image Stabilizer) applied with the new zoom design method reduces the blur phenomenon from shaking, and increases the definition. As the zoom camera can show the shaking more clearly, OIS is considered a key function for less motion when shooting stills as slower shutter speeds or video recording.

Starting with the release of products at CES 2023, LG Innotek and Qualcomm Technologies plan to speed up joint promotions for global smartphone manufacturers.

“Smartphone cameras will be evolved into the direction of enhancing the performance of optical zoom centrally on the premium smartphones”, and added, “As the global leading smartphone camera module company, LG Innotek will be one step ahead in introducing innovative products that provide pleasant experience and good impression to the customers, and innovation will be provided continuously for customer value” said LG Innotek CEO Jeong Cheol-dong.