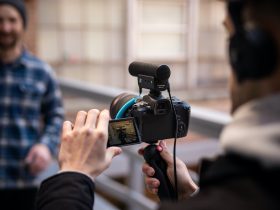 Now that the honeymoon is over for the Samsung S22 Ultra 5G ($2040) newest flagship it’s time to ignore the flashy marketing and put this camera phone through the paces. The S22 Ultra is the equivalent of a Swiss Army knife that can do anything from grab and shoot, professional photography, gaming, movie watching, office work, drawing, hand writing and more. Compared to the more affordable S22 Plus ($1,730) and S22 ($1,360) siblings the Ultra model has Samsung’s best of everything like larger sensors, screens and batteries.

Does it walk the walk? Yes, but with a few exceptions I will expand on below. What you get is snappy fastest chip performance and the brightest 1750 nits 6.8-inch QHD+ OLED screen for unequaled best visibility in bright sunlight.  The adaptive screen refresh rate adjusts automatically from 160Hz to 1Hz saving energy for its large 5,000 mAh battery. It supports 45-watt wired and 15-watt wireless charging, as well as Wi-Fi 6E, 5G connectivity and the smoothest ultrasonic in-screen fingerprint sensor to date.  The mighty S-Pen stylus is back, tucked away in a Galaxy S phone (not a Note phone of the past) for the first time and some 40 different wireless gesture tricks apart from just scribbling, even when the phone is off and the S Pen has lost its Bluetooth charge. It’s IP68 rated with Corning Gorilla Glass Victus+.

The main 108 MP camera sensor has noticeably improved technology over past models applying adaptive pixels technology and nano-binning, combining groups of pixels into bigger ones for better night pictures.  The 10 MP telephoto has 3X optical zoom complemented by a 10 MP periscope camera that can do 10x optical zoom and up to 100x space zoom. The 12 MP ultra wide lens is a killer optic for shooting in tight spots and wide scenics. The 40 MP front selfie camera preserves much detail of where you’ve been and may not be again.

The Most Important Feature in a Camera Phone

Brooklyn who loves to hangout at a nearby skateboard park became my sport photography challenge.  I looked for the perfect angle and moment of speed and grace. By sliding the onscreen camera shutter downwards, I was able to capture dozens of frames in seconds and simply choose the perfect frame. I was only two feet away on super wide angle mode from the speeding biker so some co-ordination and trust were in order.

Phone features like these, as great as they are, come and go on all phones. But what stays long after you move on to newer models (and you will) are the photos and videos you took of loved ones, travel spots you may never go to again and that once in a lifetime impossible photo. Just how good quality are pictures in your aging phone? A four year-old smartphone cannot match todays camera phones.

Shooting baby pictures is challenging. There is so much fidgeting and movement. I zeroed in adjusting for minimum depth of field in medium tele mode so that I wouldn’t be obtrusive and waited for the right moment of tiny and large intertwined fingers. I simply kept on tapping the screen with very little shutter latency or hesitation.

I took a long hard look at the S22 Ultra as a camera, spending a month across two provinces, shooting snowstorms in Alberta and colourful warm sunsets by the sea in BC. I dabbled in astrophotography chasing the Milky Way in the darkest of nights amidst a rare breathtaking Aurora Borealis burst. I captured video weddings and fleeting moments with infants and pets.

Here is my Galaxy S22 Ultra portfolio, with comments. One of many I have accumulated as a tech reviewer drawing from a 40-year photojournalist career and half a century of stopping time with cameras of all makes and sizes.

What the S22 Ultra Stands Out In

The S22 is a fine camera phone with incremental tuning from past models. There is better quality photography, even in easy to shoot daylight hours. You can play against photography rules for more interesting photos like backlighting and impossible sports photography. But if you are a few generations back the ability to shoot ten times closer without quality loss will seem revolutionary and will make you a better unobtrusive photographer. Without question, its biggest improvement is the constant quality of photography in challenging lighting, starting right after the sun sets, thanks to beefed up hardware and extensive post processing after you go click!

Samsung overstates the challenges of capturing pictures during the blue hour, starting at sunset with a series of rich sky colours until the sky is a colourless black, typically in one to two hours. Thankfully, most Canadians enjoy a long dusk that lingers on our summer north horizon all night for any older phone to capture. Samsung’s obsession with extracting light from the last photon in the sky may not be everyone’s cup of tea, but if you want it, its there. My Milky Way photo amidst an Aurora Borealis burst is photographic proof.

The sparkling Talus Dome sculpture above. reflecting 275 perfect dusks in the Edmonton River Valley in super wide mode during blue hour mesmerizes. Much thanks to Mayor Amarjeet Sohi and Edmonton Parks and Rec folks for the early spring clean-up job!

The S22 series has progressive stages of squeezing more colour from the darkest of nights. Here is how the S22 Ultra handles nightography:

The illusive Milky Way looming from the horizon captured with a rare Aurora Borealis display in one frame! I used Samsung’s Expert Raw app, also becoming available for download on other Samsung phones, for taking challenging pictures instead of the phone’s camera app. It shoots both JPEG and but more importantly, RAW format capturing every bit of light information in night photography. More than 85% of extra picture information never makes it to a JPEG photo so imagine editing a RAW file discovering hidden information even the naked eye can’t see. It’s akin to preserving the scene you shot and have a chance to retake it on your computer screen. You can also make adjustments on the fly as you compose the photo for optimum colour. In my shoot, the Milky Way was barely visible, more like a cloud to the human eye in the far horizon on a moonless night. Expert Raw was able to retrieve hidden information cutting through the haze. I used Photoshop in RAW mode to finish the transferable Expert Raw file. Note how the overlapping Aurora Borealis kept its bright hues while the unaffected Milky Way stayed colourless in the background. My car lights lit the bottom for contrast. This was a 30-second exposure exposure on a tripod with the super wide angle lens.

The Samsung S22 Ultra Versus the Goggle Pixel 6 Pro

The blue hour Tea House photos in Vancouver’s Stanley Park were taken with the S22 top and bottom left, one hour and two hours after sunset respectively while the Pixel 6 Pro captured the same scenes respectively on the right column. They might look alike but the differences stand out if you look close. The S22 has considerably more noise in the shadows under the bush compared to the Pixel’s sharp grass texture. It also exhibited red issues with a solid red toned lounges with no hue differentiation, compared to the Pixel 6 Pro’s more realistic red and orange hue seats. But the light bulb in the S22 photos is better defined due to less flare.

A rare Aurora Borealis treat in central Alberta while on an astrophotography expedition only lasted seconds at a time but easily captured with the S22 Ultra. A family member accompanying me was able to capture similar quality Aurora Borealis on her iPhone 13.

The S22 and the Colour Red

We love to shoot flowers! The S22 Ultra left, versus the Pixel 6 Pro make one thing clear. Samsung like many camera phones is challenged shooting the colour red, the Achilles Heal of all digital cameras. Notice how the reds in the top red row just go solid without texture variance on the S22 left, compared to the much better red subtleties of the Pixel 6 on the right.

Compare Telephoto Between the S22 Ultra and Pixel 6 Pro

Photographing a frost-covered branch at 20X zoom with the S22 left, seamed impressive but the Pixel 6 Pro right, managed to do just as an impressive job going beyond its own published manual on how far it can AI zoom. This is Samsung’s second space zoom hybrid, much improved but not good enough for me past 50X zoom.

Even from a tight corner airline window seat the S22 series super wide-angle lens covers an impressive sharp wide view but also expands to its 10X optical tele for detail missed with the naked eye.

The Power of Telephoto Photography

A serene telephoto sunset one shot a block away by the giant Inukshuk statue on English Bay in Vancouver. Notice the absence of flare and clarity of passersby from different distances.

I love fireball sunsets and full moon shots. This moon rising against the Edmonton Ice district was shot at 10X optical zoom. I initially planned to position the moon between the towers but I found part of the bright moon shining through the tower’s see-through glass structure intriguing.

Revealing detailed photography on the S22 series with built-in macro automatically zooms in on objects up to less than one inch wide. This is an old wooden ruler, a blast from the past with decades of wear one would normally miss.

Meet Bella everyone. Only seven months full of energy and my usual rapid screen tapping captures a detailed dog portrait.

My kitchen table became a location photo illustration shoot for reviewing the Samsung unique Freestyle Smart FHD Portable LED Projector that can even beam movies at the ceiling above. Shot in super wide-angle mode with ample depth of field and sharpness.

After 4,000 frames taking 21GB of images I must say the S22 Ultra does not disappoint. But it’s not perfect especially with bright red colours and surprisingly there are competitors who can do a better job with certain kinds of photograph. Despite the hype, the Pixel 6 Pro manage similar 10X zoom quality. Overall?  See for yourself. I can take it on assignments and personal travel leaving my traditional bulky dedicated interchangeable lens cameras behind. The S22 Ultra is not  revolutionary but evolutionary with different feature sets that will attract unique needs. Unless you want to capture those extra 20 minutes at dusk or shoot portraits that don’t miss even one hair follicle you can wait it out a bit, especially if you have any of the top-end Galaxy S20 or S21 series phones. If you still have an Galaxy S9 or older the difference in quality photography is like night and day.

The S Pen? If you never used one before, you probably never will. But it’s there nestled in its own in-phone slot. I personally cannot part with that little magic stylus.