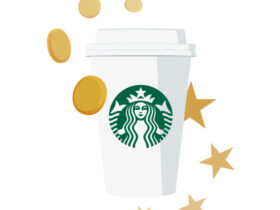 Today Lyngdorf Audio announced a new software update for the Lyngdorf flagship amplifier, TDAI-3400 to include the streaming MQA Core Decoder, allowing MQA files to be decoded and played directly.

Lyngdorf Audio updated the TDAI-3400 in October 2020 by adding the latest TIDAL Connect feature, allowing the platform’s lossless audio quality to be streamed directly to the amplifier. The addition of MQA follows Lyngdorf Audio’s approach of continuously add new features to existing amplifiers and multichannel processors, in order to keep them up to date for both existing and new customers.

MQA (Master Quality Authenticated) is an award-winning technology that enables music fans to stream original high-resolution master recordings. While TDAI-3400 owners could already play MQA files with TIDAL Connect, the addition of the integrated MQA Core Decoder now allows higher resolution of the audio stream, as well as playing MQA files from other sources, such as a local USB drive, a computer connected to the USB-B input, or via UPnP.

The new software will be available March 1, 2021 and is easily accessible in the amplifier’s own app menu or via external upload from a USB or SD card.