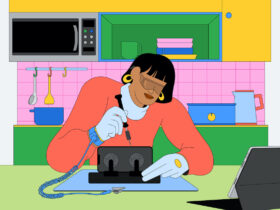 Apple is Now Offering the Option for Self Service Repair

McIntosh has revealed its new MX180 AV processor, which can be used at home to enjoy 4K and 8K video content via support for 8K/60Hz and 4K/120Hz on all seven Ultra-High-Speed HDMI ports (five inputs and two outputs).

The MX180 comes with RoomPerfect room correction technology to measure and adjust the audio output to compensate for the specific acoustic properties for the space. It also includes a variety of digital and analog inputs and outputs including a Moving Magnet phono input.

The MX180 features analog to digital convertor technology to maximize the audio quality of analog sources. Bass and treble controls offer further audio fine-tuning. The MX180 also has a two-channel Zone B output to send audio to a second zone in the house.

The MX180 uses the latest technological advancements in processing power to run cooler than previous McIntosh home theatre processors, says McIntosh, and has a simplified setup program that allows for customization and optimization based on specific home theatre and speaker needs. It comes with the iconic McIntosh design that includes a black glass front panel, control knobs, illuminated logo, and custom aluminum end caps. The MX180 can be paired with a variety of amplifiers and speakers to make up a complete home theatre system.

Orders for the MX180 can now be placed with authorized McIntosh dealers in both Canada and the U.S. It sells for an MSRP of US$17,000.