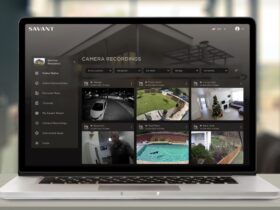 I built my home theatre about a decade ago with a projection screen (recently upgraded to StudioTek 130 G4 cinescope) at 96” viewed from nine feet away. That is mathematically and visually equivalent to a 192” screen viewed from a regular viewing distance.

This is done to provide a visual similar to watching a movie mid-theatre in a Cineplex VIP cinema. I also use a 5.1.4 configuration with dedicated bass shaker for each of the six seats in the theatre.

Specification-wise, my theatre is better than the best movie theatre I’ve experienced in the Greater Toronto Area. I even have a professional-grade popcorn machine!

I never realized my hobby of home theatre could be such a saving grace not only for my pocketbook but also my sanity. I have saved anywhere from $5-$20 for every movie I’ve watched at home (concessions not included). And over the last decade, I have watched about 2,500 movies.

But now due to the COVID-19 isolation, I have watched about 100 movies from various sources over the last month. I have mostly been watching via streaming (ugh), and I’ve watched films in all kinds of genres, from the latest Hollywood hits to obscure and ridiculous titles.

As you look for the next movie to watch for movie night in (which let’s face it, nowadays is every weekend!), here are some of the most interesting ones I watched recently. I’m just discussing my take on the AV experience with each one; to learn more about the movies themselves, check out their detailed IMDb pages.

This film offers great stylized visuals with an amazing soundtrack. This third instalment of the Bad Boys Trilogy, it’s available in DTS:X Imax Enhanced and offers one of the more aggressive soundtracks that is still natural sounding at the same time. If you like the first two Bad Boys films, there is no reason not to like this one. Having Paola Nunez in the movie is quite a bonus, too.

A fresh approach to comedic horror, this film is about a group of ghost hunters. Too bad the soundtrack is only in stereo. But the good laughs throughout the movie are more than enough to counterbalance the lack of sound and video quality.

One of the first movies released straight to streaming rental due to the closure of movie theatres was this one. Too bad it’s not available in 4K and/or immersive audio. At $20, I expected more in terms of audio and video quality. I like the movie, though.

Looking for something ridiculously fun to watch? At merely 73 minutes, this movie is perhaps the most ridiculous of all time. It’s a movie about a pastor who can transform into a velociraptor fighting ninjas in Japan. Watch out for the high budget special effects in the beginning of the movie. It’s worth becoming a member of Amazon Prime Video even if just to marvel at the silliness of this one movie.

A camp classic starring Denise Richards (as Tammy, or Tanny) about a robot T-Rex with a transplanted teenage brain. It’s as ridiculous as it sounds. It’s stupid, it’s fun, and it’s camp. But it’s also in 4K!

Phantom of the Opera (BD)

After failing to watch the Phantom of the Opera anniversary special that was streamed on YouTube (sorry, I can’t deal with the severely lacking picture and sound quality, especially for a musical with amazing spectacles), I plopped in my old but gold Blu-ray disc. While the sharpness is a bit lacking (compared to the Japan-only UHD BD – now priced at beyond $100), the colourful visuals and amazingly mastered sound upmixed to Atmos using Dolby Surround Upmixer on my Pioneer Elite SC-LX704 can still stand the test of time.

This one is a slasher haunted house walk-through movie without the unnecessary gore. The movie is yet another one with a fresh approach to the genre. Nearly everything in this movie is believable. Once you watch it, any other haunted house walk-through movie seems to be a failure. Surprisingly, the picture quality is acceptable, even on my projection screen.

I’m biased about this film. I like pretty much anything starring Vin Diesel (and Dwayne “The Rock” Johnson, too, for that matter). This is not to say this film is more than a B movie. After all, literally every Vin Diesel (and The Rock) movie is a B movie. However, the stunning visuals and immersive soundtrack make this one worth watching. Perhaps not at the current $34.95 price from various outlets, but it will eventually drop to $25. Wait for the price drop and go get it!

This isn’t technically a movie but rather a Netflix original series with three riveting seasons now under its belt. But it might as well be one as the ongoing story would make a fantastic edge-of-your-seat film. Even if you didn’t like Season 2, I still suggest you watch the third season. It’s about as good as Season 1, which was great. There’s nothing special in terms of the picture quality or sound. But in terms of the story itself, this one is a must-add to the list.

Having owned this series in Betamax, VHS, LaserDisc, LaserDisc Widescreen edition, LaserDisc THX edition, DVD, and Blu-ray, I can summarize the entire nine-movie 27-disc set as the best Skywalker Saga ever looked and sounded. Yeah, yeah, Han still does not shoot first, but these discs may be the final physical discs you can ever buy. If you are a long-time VIP member of Disney Movie Club, you can even buy the set (as separates, not as a boxset) for about $150 instead of the $300 boxset pricing.

Other movies I’ve watched while staying at home and social distancing include Doolittle, 1917, and Onward. But of them all, these 10 are tops on my list and worth checking out while you’re in isolation safely at home. 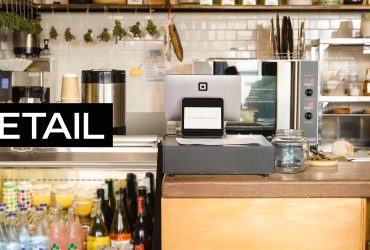 Diversity is King for Retail Growth in 2023

Posted by by John Thomson 5 days Ago 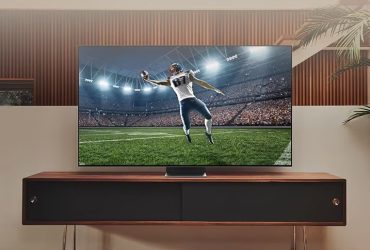 What You Need to Throw the Perfect Super Bowl Party

Considering having a Super Bowl party this year? See this ... 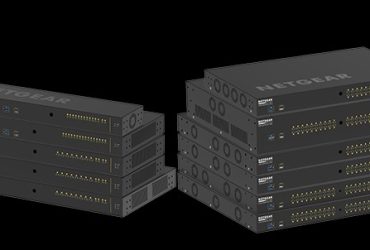 Origin Acoustics has partnered with Netgear, Inc. to resell and ...