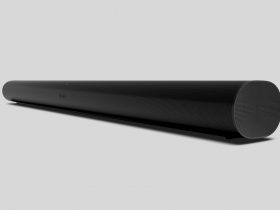 NAD Electronics is now shipping its M33 BluOS-enabled DAC/amplifier, a high-performance streaming amplifier first previews at CES 2020 in Las Vegas this past January. It can be wirelessly combined with other players in a BluOS ecosystem to become part of a whole-home audio system.

With Purifi Eigentakt (self-clocking) Hybrid Digital amplifier technology, the M33 has a minimum of 200W per channel on tap, providing ultra-low distortion and noise.

Cas Ooostvogel, NAD’s Product Manager, says it caters to a modern world where “the majority of music is delivered over the Internet with an entire catalog of recorded music readily available at your fingertips.”

The M33 has a 7″ touchscreen colour display and includes BluOS, which supports Master Quality Authenticated (MQA) and over 20 free and paid subscription services as well as locally stored music libraries. It offers full MQA decoding support from a local NAS or shared drive as well as from internet streaming audio services which offer high-res content such as Tidal, Deezer, Qobuz, and others. Music services such as Spotify, Amazon Music, Slacker, TuneIn, nugs.net and many others are also supported. The amp is operable with the BluOS app, the supplied remote control, or through hands-free control with any Amazon Alexa or Google Assistant device.

The Dirac Room Correction system adjusts for frequency response and also optimizes the impulse response. By optimizing the speaker/room interface, music sounds more natural and lifelike, says NAD. Dirac comes as standard on the M33 with corrections possible up to 500Hz, and an upgrade to the full bandwith is available for a fee. Supplied with the M33 is a precision microphone to measure the room at and around the listening position so your system can be precisely calibrated for optimum performance.

In its standard form, the M33 offers a range of in/outputs, BluOS, Dirac, HDMI eARC, and more already fully integrated. It also comes with two MDC slots that allow for further expansion.

The M33 comes equipped with five digital inputs and three analogue inputs, including XLR Balanced, MM, and MC phono. The rear panel, meanwhile, has two sets of speaker outputs capable of bi-wiring and a stereo Subwoofer Output with a fully configurable Digital Crossover. Airplay 2 and Bluetooth AptX-HD also allow for local wireless streaming from a phone or tablet.

The M33 has a high-quality MM/MC Phono Input that NAD says rivals specialized outboard units. RIAA equalization, a phase cancelling infrasonic filter, and a huge overload margin combine to bring out the best in LPs.

The headphone amplifier can drive even planar and high impedance studio phones. For those who wish to enjoy their headphones but not be tethered to a cable, the integrated Bluetooth AptX-HD module makes it simple to possible to enjoy wireless headphones. too.

Aesthetically, the unit has an all alloy casework, single control knob for volume, a colour TFT touchscreen display, and rigid panels with magnetic iso-point feet.

BluOS provides hands-free control with full integration of any Amazon Alexa or Google Assistant device. Through Airplay 2, control is also possible with Siri. The M33 is also fully compatible with smart home systems from leading companies like Apple, Crestron, Control4, Lutron, KNX, and many others. The M33 is also compatible with the Roon music platform, with some features available via a future software update.

The NAD M33 BluOS-enabled DAC/amplifier is now available in Canada through Lenbrook Canada for an MSRP of $6,999. 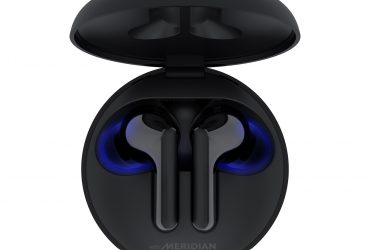 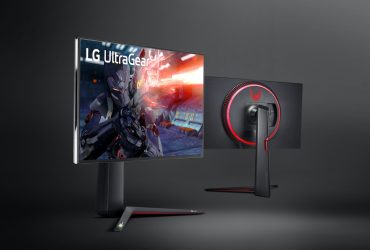 LG has introduced IPS monitors including the UltraGear, UltraWide, and ... 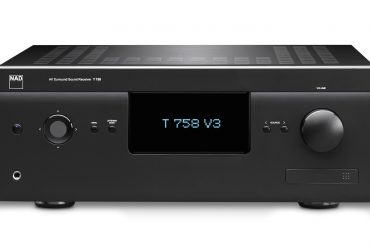