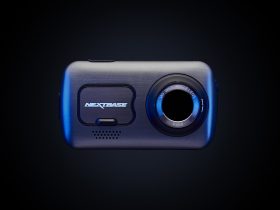 Available with select Player Portfolio models running software version 2020.2, AirPlay 2 integration allows you to stream content seamlessly from iOS devices to one or more Nuvo players at once, enjoying music throughout the home and even control playback by voice with Siri.

“We are thrilled to add AirPlay 2 support to the Player Portfolio’s already robust offering of music sources,” says Gerald Willis, Product Manager, Nuvo and On-Q Audio at Legrand | AV. “Now, users have the option of making their iOS devices the hub of their multiroom audio systems. They can stream Apple Music throughout their homes, in addition to any other supported service, their iTunes libraries, favourite podcasts, and more. And they don’t even have to set up these capabilities within the Nuvo Player app; they simply choose their content on their device and select the desired Nuvo zone for playback. It couldn’t be easier.”

Player Portfolio devices that natively support AirPlay 2 integration include Nuvo’s new P600 DIN Rail Player and the P5050, P5100, and P5200 Professional Series Players. Other players installed in a system can be grouped with these models to expand AirPlay 2 streams into more areas of the home.