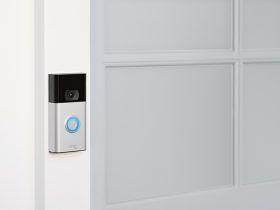 A message from Parasound

When Parasound introduced and first started shipping its flagship Parasound Halo JC 1+ 450-watt monoblock power amplifier in early 2020, they were looking forward to demonstrating the amps to customers, reviewers, and dealers at the AXPONA 2020 High End Audio show outside Chicago that August, 2020. However, with the rapid spread of Covid 19, that show was not to be.

Now, with the Rocky Mountain International Audio Fest, popularly known as RMAF, opening to the public in Denver in October, Parasound will be exhibiting at its first domestic audio show since 2019. The centerpiece of the exhibit will be a pair of the company’s flagship Parasound Halo JC 1+ power amplifiers with a speaker partner to be announced at a later date.

The Parasound Halo JC 1+ is the result of a five-year effort by John Curl and Parasound to replace, after two decades, their legacy Parasound Halo JC 1 with a new amplifier that is noticeably better. “‘A little better’ wasn’t good enough for me, and it certainly wasn’t for John,” said Richard Schram President and founder.

“The improvement had to be noticeable and dramatic. It had to grab the listener’s attention and leave them in a state of amazement. This project encompassed an almost total redesign of the internal circuitry so it can deliver effortless power at 450 watts into 8 ohms, 850 watts into 4 ohms, 1300 watts into 2 ohms, and a peak current of 180 amperes; the JC 1+ excels even with speakers that can dip to 1 ohm. It operates in pure Class A up to 25 Watts and Class AB to full power, reflecting Curl’s attention to detail and sound quality.”

“In 2003, the JC 1 was an immediate success,” said Richard Schram, Parasound’s president. “For over ten years we couldn’t imagine how to improve it. Therefore, I was surprised and excited when John called me in early 2014 to discuss his ideas for a new amplifier that would significantly outperform the JC 1. During 2015 and 2016 we built numerous prototypes to confirm Curl’s theories, and the sonic improvements he’d predicted. The results were outstanding. We decided to create a new amplifier built on the JC 1’s legendary reputation. The JC 1+ is a technological masterpiece, raising the bar for amplifier performance and value for years to come.”

The Parasound Halo JC 1+ power amplifier, in black or silver finish, is currently available from authorized Parasound dealers as well as any of our authorized e-commerce partners. The full product press release and photos are available here: http://www.gspr.com/parasound/halojc1+.html.

Founded in 1981, Parasound Products, Inc., is a privately-owned U.S. company that specializes in providing affordable audio components to the critical listener. The company’s ever-improving line of audio products has garnered a reputation for performance, value, and reliability. The highest quality standards are assured by Parasound’s close relationships with their Taiwan manufacturers that date back to 1982.