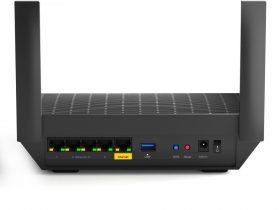 If you have been in this business long enough, you will be well versed with Noel Lee’s company Monster Cable (later Monster Inc.).  Within six years of founding the private company in 1979, Monster’s revenue exceeded $50M with over 400 employees.  The flamboyant “head monster” Noel Lee soon became known for hosting the best parties at CES and their trade show booths were often slathered with high-end cars dipped in gold or silver.  If anyone ever wondered if high-end cables and connectors had any margin in them, they do, and Monster’s outrageous public spending gave the air of a company with “more money than god”, but also one with the Midas touch.

By 2008, the money-making Monster machine had diversified beyond connectors, and everyone wanted to work with the brand. In a deal brokered by Noel’s son Kevin, known as the “Little Monster” the company signed up with musician Dr. Dre to build the original Beats by Dr.Dre headphones. In 2012, Monster reported sales of $1 billion, primarily driven by Beats headphones. There’s been many white papers reflecting on what a terrible deal Kevin Lee signed with Dre and his business partner Jimmy Iovine, including the partnership termination clauses that were later initiated forcing the Lee family out.

We all know this story went very badly for the Noel and Kevin Lee and the relationship soon sours between Monster and Dr. Dre.  Lawsuits fly, but to no avail and the partnership that created the original must-have-celebrity-headphone is over. Monster is out and a few years later, in 2014, Apple buys Beats with no Monster ownership for $3.2 billion.  If you were to meet Noel Lee in a bar today, chances are he’d tell you that he invented the headphones known as Beats and the company was stolen out from under him.

Later, son Kevin leaves the monster family business and starts a new headphone company called Sol Republic (once an entrepreneur always an entrepreneur).  Over the late 2000s, the Monster Inc. company continued along and launched an accessories company selling a range of products from computer wipes to furniture.  In 2018, Noel Lee, who no one would argue against being a branding genius, was still looking for that next thing and started developing a platform to mine Bitcoin but that never got off the ground.  Great idea, bad execution.

At CES 2019 right before the pandemic, Noel Lee announced that the company was rebranding as a licencing business called “M4.0 Licensed to Sell” and instead of manufacturing their own products, Lee would focus exclusively on licensing the Monster name. That direction secured several lucrative contracts with brands like ProMounts that sell a line of TV mounts under the Monster banner and also with Xtreme Cables and JEM Accessories, who are really the heir of the Monster name today. Xtreme has done a great job keeping the Monster name alive by securing an extensive deal with Walmart to sell Monster cables.  Monster remains a great name today and the company still holds a ton of brand recognition.

And with that history lesson over, it brings me to a portable projector manufactured by the New Jersey-based company called JEM Accessories, the parent company of Xtreme Cables and also the licensee partner for Monster branded products as well as products under the Energizer Connect and Armor All brands.  All JEM Accessories are exclusively distributed by Gentec International in Canada including a line of portable projectors branded as Monster Vision.

Gentec recently shipped me the new projector kit called the Image Stream +, a compact projector that arrives as a kit with a 120” diagonal cloth screen and aluminium frame. Also in the kit is an HDMI cable and a remote control that all fit into a black nylon storage bag. (Could you have not added two AAA batteries in the box as well? Jeez!!!)

The projector allows for 1920×1080 Native Resolution or what we call 1080p and the player can connect to mobile devises wirelessly through WIFI or a laptop through HDMI or via a usb connection.  This projector is not intended to be used as a dedicated everyday home theatre and should not be compared or rated against projectors that can cost over 10 times what this compact player sells for. This is a convenient portable player to take along for the ride.

Where the Image Stream + projector excels is as a secondary player.  Let’s say you have rented an Airbnb and want to watch a movie under the stars or you are a road warrior sales executive that doesn’t want to take anything to chance by plugging in to a potential clients AV, so you carry your own. Let’s say you are a student that wants to stream funny YouTube videos from their phone so the whole dorm can join in the fun.  These are the scenarios where the Monster Vision Image Stream + projector really shines and should be branded toward.

For our review, we found a glorious fall night and set up the screen outdoors.  The frame comes with multiple aluminium short bars that are fitted with a series of plastic connectors.  The screen is fed through the top tubes and the sides of the screen are secured with multiple Velcro tabs.  Aluminium feet keep the screen upright and the kit comes with tie-downs similar to those you use with a tent. We snuggly weighted down the feet with pumpkins for it is the season!

Being outside, we did not have access to WIFI so I connected my laptop via usb-c to HDMI to the projector to play a movie that I pre-downloaded for the test.  This is something to keep in mind, if the player is primarily going to be used outdoors camping away from WIFI, download your content in advance.

The Monster Vision + projector supports both Android and iOS connectivity and a few tweaks both on my MacBook Pro (like setting the sound from my laptop speakers to the projector) and on the projector (picking HDMI as a source) we were quickly in business watching Russell Crow in “A Good Year”.

There’s something to be said for watching a movie outdoors.  We created a “camp” with our 1976 VW bus that also became the power source for plugging in the projector.

This projector is rated at 3000 Lumens and as expected the picture continued to improve the darker “our room” became.  Sound from the Image Stream + projector is OK.  Two small internal speakers on either side of the projector performed as best as you’d expect for their size but we improved performance by adding a hard-wired external, battery-operated speaker connected to the projector’s headphone jack.  That the Image Stream + projector has a headphone jack is a handy bonus especially if you happen to be in a campsite that has noise restrictions or are living in a University dorm.  By way of experiment, I unplugged my external speaker from the projector and re-plugged the speaker into the laptop.  Mac has made a big deal on the sound card performance from the new Macbook Pro and this turned out to be an ideal setup and with no latency between voice and picture detected. All video, image and audio formats are supported with AV/USB/HDMI.

Another fun experience is streaming photos directly from your mobile phone to the player via WIFI and if you were to use the projector in a business application the Image Stream + supports wireless phone mirroring via WiFi, allowing you to transmit photos and videos while still managing to read your presentation on your phone.

Picture quality was improved by not attempting to fit the image at the full 120” diagonal and we found staying closer to 80” created a crisper resolution.  80” is plenty big and still rivals that of the biggest LED Smart TVs. An easy-access focus wheel and keystone adjustment allows the user to tweak to optimal performance.

While the Monster company from back-in-the-day is long gone, the company has managed to establish licensing partnerships with manufacturers that are respectful of the name.  JEM Accessories have developed a well-priced Monster projector with solid connectivity options as well as being WIFI ready. With the Monster name being now over 40 years old, there’s plenty of credibility in the name that will aid with consumer awareness.

You wouldn’t turn this projector into your everyday screen but when the moments arrive when an outdoor movie with the kids is going to create a lasting memory, or an impromptu family gathering motivates you to share your photos and video from that last epic holiday, the Monster Vision Image Stream+ projector is a fun accessory to have for a price that won’t stretch the budget.

Whether it's a single parent or a pair, there are ...

Posted by by Christine Persaud 19 seconds Ago