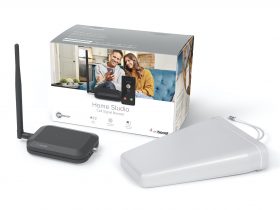 CALGARY and TORONTO, (GLOBE NEWSWIRE) — Rogers Communications Inc. (“Rogers”) and Shaw Communications Inc. (“Shaw”) today announced that they have reached an agreement for Rogers to acquire all of Shaw’s issued and outstanding Class A Shares and Class B Shares in a transaction valued at approximately $26 billion inclusive of approximately $6 billion of Shaw debt (the “Transaction”).   The offer price of $40.50 per share represents a significant premium for Shaw shareholders; further details of the transaction are described below. The transaction is not subject to a financing condition as Rogers has secured committed debt financing, which it will use along with balance sheet cash and the issuance of 23.6 million shares to the Shaw Family Living Trust.Rogers to purchase all outstanding Class A Shares and Class B Shares of Shaw for $40.50 per share in cash, reflecting a ~70% premium to Shaw’s Class B Share price

New technology and network investments will create up to 3,000 net new jobs across Alberta, British Columbia, Manitoba and Saskatchewan

Highlights of the Transaction

The combination of Rogers and Shaw builds on the strong legacy of two family-founded Canadian companies. The combined entity will have the scale, assets and capabilities needed to deliver unprecedented wireline and wireless broadband and network investments, innovation and growth in new telecommunications services, and greater choice for Canadian consumers and businesses.

As part of the transaction, the combined company will invest $2.5 billion in 5G networks over the next five years across Western Canada, which will enhance competitiveness, offer consumers and businesses more choice and improved services, help close the digital divide between urban and rural communities, and deliver significant long-term benefits for businesses and consumers.

This transaction will create Canada’s most robust wholly-owned national network, and as a result of the combined spectrum holdings and enhanced capacity, will generate more choice and competition for businesses and consumers, as well as realizing the full benefits of next generation networks for Canadians and Canada’s productivity.

The combination will accelerate the delivery of critical 5G service across Western Canada, from rural areas to dense cities, more quickly than either company could achieve on its own. This will be accomplished by bringing together the expertise and assets of both companies, including Shaw’s existing cable, fibre, and wireless networks and Rogers’ robust national wireless network and extensive 5G capabilities.

The combined company is committed to continue offering affordable wireless plans, with no overage fees, that meet the budgets and needs of Canadians. As part of this commitment, Rogers will not increase wireless prices for Freedom Mobile customers for at least three years following the close of the transaction.

The scale created by this combination will enable the level of infrastructure expansion that is critical to drive growth, attract new consumer and business customers, and drive technology adoption. Upgrading Canada’s digital infrastructure and accelerating digitization is critical to diversifying and strengthening the country’s economy and innovation sector as well as fueling economic recovery.

Once approved, the transaction is expected to generate significant growth and efficiency opportunities to support the accelerated investment into 5G capabilities and expanded urban and high-speed rural connectivity in Western Canada. Anticipated benefits include access to new services and capabilities for Shaw customers as well as savings opportunities for Rogers, such as reduced wholesale charges and network costs and the elimination of duplicative technology and infrastructure associated with greater scale.

“We are proud to join forces with the Shaw family and team as we combine our companies and our 10,000 team members across Alberta, British Columbia, Manitoba, and Saskatchewan, supported by a head office in Calgary. Western Canada is a major driver of our national economy and together we will have the scale, expertise and commitment to deliver the technology infrastructure needed to keep local communities connected, businesses competitive and attract new investment,” said Joe Natale, President and CEO of Rogers Communications. “We’re at a critical inflection point where generational investments are needed to make Canada-wide 5G a reality. 5G is about nation-building; it’s vital to boosting productivity and will help close the connectivity gap faster in rural, remote and Indigenous communities. Fundamentally, this combination of two great companies will create more jobs and investment in Western Canada, connect more people and businesses, deliver best-in-class-services and infrastructure across the nation, and provide increased competition and choice for Canadian consumers and businesses.”

“Our two companies have been successful because of the foresight and vision of two great founders who were driven by their unrelenting pioneering spirit and entrepreneurial values. Without a doubt, my father would be proud of this moment, combining forces with the company founded by his old friend to deliver more Canadians world class connectivity, more choice, and better value,” said Brad Shaw, Executive Chair & CEO, Shaw. “While unlocking tremendous shareholder value, combining these two great companies also creates a truly national provider with the capacity to invest greater resources expeditiously to build the wireline and wireless networks that all Canadians need for the long term. This transaction will create benefits for generations to come.”

Edward Rogers, Chairman of Rogers Communications, said, “Today’s announcement brings two iconic Canadian family-founded businesses together with the expertise, combined assets, and scale to deliver the next generation of telecommunications to Canadian consumers and businesses. This is a transformational combination; and extends our company’s long legacy of innovation, entrepreneurship, and dedication to world-class service for decades to come.”

In addition to unprecedented broadband and wireless investments that will create up to 3,000 net new jobs, the combined company would expand on Shaw’s legacy of commitment to Canada’s four Western provinces:

Today approximately 10% of homes in Canada have no Internet access and approximately 600,000 households in Western Canada still cannot access the minimum Internet speeds recommended by the federal government. This connectivity gap has been identified as the number one issue impeding economic growth in rural and remote communities.

Using the companies’ combined spectrum assets and infrastructure for 5G across its expanded network, including Rogers national low band 5G spectrum, the combined company will be able to bring the highest quality mobile broadband and fixed wireless Internet services to even more rural communities, in many cases for the first time.

The combined company will help to further close the digital divide by:

Rogers will also build on Shaw’s activities and impact to communities and charities, valued at more than $40 million in 2020. In addition to Rogers existing robust community impact programs, this includes commitments to:

In addition to dramatically improved connectivity and accessibility, the combination will deliver choice, competition and affordability to Canadians:

Details of the Transaction

Under the terms of the Transaction, holders of Shaw Class A Shares and Class B Shares will receive $40.50 per share in cash. The Shaw Family Living Trust, the controlling shareholder of Shaw, and certain members of the Shaw family, will receive 60% of the consideration for their shares in the form of 23.6 million Class B Shares of Rogers valued on the basis of the volume-weighted average trading price for the 10 trading days for the Rogers Class B Shares ending March 12, 2021, and the balance in cash.

The Transaction will be implemented by way of a court-approved plan of arrangement under the Business Corporations Act (Alberta). The Transaction requires the approval of two thirds of the votes cast by the holders of Shaw’s Class A Shares and Class B Shares at a special shareholders meeting to be held in May 2021 (the “Special Meeting”), voting separately as a class, as well as majority of the minority approval under Multilateral Instrument 61-101 Protection of Minority Security Holders in Special Transactions. The Shaw Family Living Trust has irrevocably agreed to vote all of its Class A Shares (representing 79% of the outstanding Class A Shares) and Class B Shares in favour of the Transaction.

The Transaction is subject to other customary closing conditions including court and stock exchange approval, as well as approvals from Canadian regulators. Rogers and Shaw intend to work cooperatively and constructively with the Competition Bureau, the Ministry of Innovation, Science and Economic Development (“ISED”) and the Canadian Radio-television and Telecommunications Commission (“CRTC”). Subject to receipt of all required approvals, closing of the Transaction is expected to occur in the first half of 2022.

Under the Arrangement Agreement, Rogers has the right to cause Shaw to redeem its outstanding preferred shares on June 30, 2021 in accordance with their terms by providing written notice to Shaw.  As of the date of this news release, Rogers has not exercised this right.

TD Securities Inc. and CIBC World Markets Inc. have provided an opinion to the Board of Directors and the Special Committee, respectively, to the effect that, subject to the assumptions, limitations and qualifications set out in such opinions, the consideration to be received by Shaw shareholders (other than the members of the Shaw family) in connection with the Transaction is fair, from a financial point of view, to such shareholders.