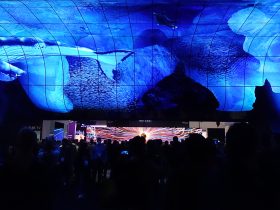 Ken Ishiwata was widely admired in the hi-fi industry for his unique ability to identify the most worthy, ideal products for modification and then define the musical references plus the suggested component changes to the engineers, in order to take the products’ performance to new levels – often with only a modest increase in price.

Always a music fan first and an engineer second, Ishiwata started his career in Europe working with many brands including Pioneer. Ishiwata joined Marantz in 1978, eventually becoming the Marantz Brand Ambassador and was part of the team that developed and evolved the Marantz sound.

Over his many years in the audio industry, Ishiwata’s influence grew, such that his experience and knowledge warranted universal acclaim and his opinions and views were widely reported in the world’s Hi-Fi press and lapped up by avid tech fans and music lovers everywhere.

“Having both been in the Hi-Fi industry for a similar amount of time, I was in the same audiophile circles with Ken over the years, as were the Tachikawa family in Japan – founders and owners of Rotel. There was mutual respect of the talent and market position and a long desire to work together, but the opportunity never arose. An opportunity did finally arrive late summer, 2019, with the project becoming a reality in September. All of the Rotel engineering team were delighted at finally having had the opportunity to work with Ken.”