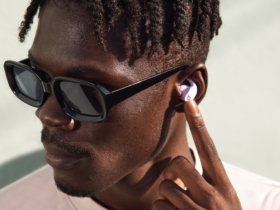 Business and handshakes go together like burgers and fries. You’d be hard-pressed to remember a time when you didn’t shake someone’s hand at the commencement or end of a meeting, (at least in the west).

Handshakes creep me out; you’re on the trade-show floor and you know that the customer you’re about to shake hands with, is going to have a sweaty palm for it happens every time, and yet it would be rude to not extend a hand so you slap hands with the guy who’s hand feels like he just did the dishes but didn’t dry off.  For the duration of the meeting, you have no idea what your colleague has said because all you can think of is the petri dish festering on your hand and then the meeting finishes, and you repeat the shake. Gross gross gross.

Even worse, you’re about to enjoy a meal at your favourite restaurant and for some unexplained reason, the manager of the restaurant has to come over and shake your hand and thank you for coming.  He has done this ritual to every table in the place, and to kiss the ass of the restaurant’s best customers, the manager has just grabbed the hand of a small, snotty, child to thank him for coming too, much to the delight of the parents. And now my hand is next.  So much for picking up a piece of bread. Off to the washroom you go.

By now you’ve concluded there is a low dose of hypochondria running through my veins now that I have admitted to thinking the handshake is the grosses thing to come out of western civilization.  Handshaking is so ingrained in our culture that we judge one’s character by the strength of the greeting; Too soft and you are a woos, too hard and you are a control freak, is one pump enough or should it be two?  Should it be formal with eye contact or more of a high-five grasp followed by a hug?  So much to think about.

According to history.com, the handshake has been around for thousands of years and was used as a gesture of conveying peace.  You can’t have a weapon in your hand if it is being shaken and the up and down motion was intended to dislodge any knives, that may be hiding up your sleeve.  The reason that we shake with our right hand is that most people are right-handed which is the hand you’d be most comfortable holding a weapon.  Actually, the only time I can think of where you’d shake with a left hand is called a “fencer’s handshake” and is done because the participants are usually holding a sword in their right hand!

Handshakes are also viewed as an oath or a bond.  I give you my word, followed by a handshake as a symbol that what I say is what I will do.  There is no bad guy movie where the 500 pounds of cocaine and the container load of weapons is not confirmed without a handshake. Greek poet Homer referenced handshakes in both the Odyssey and the Iliad as a display of trust.  Ancient Greek tombstones would often depict a carved handshake as a bond between the living and the dead.

This suggests that in ancient Greece, the handshake was rare and of significance.  History.com suggests that the popularization of the handshake as a daily ritual came about by the Quakers in the 17th century as a more informal greeting than a curtsy or the tip of a hat.

According to the Center of Disease Control (CDC) 80% of infections are transmitted by hands. Researchers have discovered that a high-five instead of a handshake will decrease bacteria transfer by half and a fist bump decreased the transfer of bacteria by 90%.

So, as we continue to buckle down in our Covid isolation, take joy in the one silver lining; you have not had to shake a hand in almost a year.  Let’s hope it sticks once we are back to interacting.