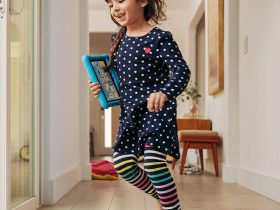 Montreal-based SFM has confirmed that the RTI MS-3 music streamer is now shipping to its network of RTI dealers and integrators.

The RTI MS-3 Music Streamer delivers Hi-Res Audio (24-bit/192kHz) into every room of the home with a tap on a touch panel, remote, or the RTI control app on your smartphone. Stream music from a favourite platform, including Spotify, SiriusXM, iHeart, TuneIn, or Sound Machine, from services like Apple Music or Amazon Music video Apple AirPlay, or from a local NAS.

The MS-3 requires an RTI processor for native control within an RTI control system. With the app integrated into the RTI control system, you can access playlists, search for favourite songs, artists, and albums, and more. When using AirPlay, even a guest can access to play from a service on their Apple device through the system.

A Music Queue feature allows for “play now,” “play later,” or “play soon” commands so you can build a music queue. Favourites playlists can also integrate songs from multiple services and local devices.