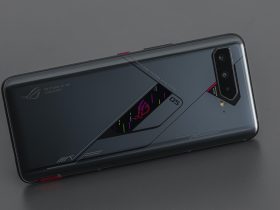 Remember a lifetime ago in 2015, when every person that you knew regardless of age, was constantly on Facebook?  Well, those days are over, at least when it comes to trend-setting teenagers.  The kids have left the platform and now Facebook caters mostly to grandma sharing posts of her cats, while she wonders why the grandkids have not liked her picture.  Grandma, the kids have left the building.

A new Pew Research Center survey of American teenagers ages 13 to 17 finds TikTok has rocketed in popularity and is now the top social media platform for teens among the platforms covered in the Pew survey. 67% of teens say they use TikTok, with 16% of all teens saying they use it almost constantly. Meanwhile, the share of teens who say they use Facebook, a dominant social media platform among teens in the Pew 2015 survey has plummeted from 71% then to 32% today. While TikTok’s numbers are eye-wateringly impressive, YouTube is at the top of the mountain and is used by 95% of teens.

Changes in the social media landscape since 2014-15 extend beyond TikTok’s rise and Facebook’s fall. Growing shares of teens say they are using Instagram and Snapchat since then. Conversely, Twitter and Tumblr saw declining shares of teens who report using their platforms. And two of the platforms the Pew Center tracked in the 2015 survey – Vine and Google+ – no longer exist.

There are some notable demographic differences in teens’ social media choices. For example, teen boys are more likely than teen girls to say they use YouTube, Twitch and Reddit, whereas teen girls are more likely than teen boys to use TikTok, Instagram and Snapchat. In addition, higher shares of Black and Hispanic teens report using TikTok, Instagram, Twitter and WhatsApp compared with White teens.

This Pew study also explores the frequency with which teens are on each of the top five online platforms: YouTube, TikTok, Instagram, Snapchat and Facebook. Fully 35% of teens say they are using at least one of them “almost constantly.” Teen TikTok and Snapchat users are particularly engaged with these platforms, followed by teen YouTube users in close pursuit. A quarter of teens who use Snapchat or TikTok say they use these apps almost constantly, and a fifth of teen YouTube users say the same. When looking at teens overall, 19% say they use YouTube almost constantly, 16% say this about TikTok, and 15% about Snapchat.

Since 2014-15, there has been a 22-percentage point rise in the share of teens who report having access to a smartphone (95% now and 73% then). While teens’ access to smartphones has increased over roughly the past eight years, their access to other digital technologies, such as desktop or laptop computers or gaming consoles, has remained statistically unchanged.

These are some of the findings from an online survey of 1,316 teens conducted by the Pew Research Center from April 14 to May 4, 2022.