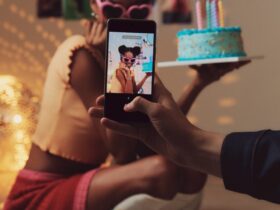 Earlier today, TekSavvy Solutions Inc. filed a Part 1 application to the CRTC disputing the legality of wholesale arrangements at the heart of the largest transaction in the history of Canadian telecom: Rogers’ proposed $26 billion merger with Shaw and the acquisition of Shaw’s wireless spectrum licenses and Freedom Mobile business by Vidéotron. A public version of TekSavvy’s application is available here.

At the Competition Tribunal hearing in December, Rogers, Shaw, and Vidéotron revealed for the first time that their transaction hinges on special wholesale arrangements, including one where Rogers will lease its broadband network to Vidéotron at discounted rates that aren’t available to independent ISPs, such as TekSavvy. The CRTC sets wholesale rates paid by ISPs that lease access to large carrier networks.  When the Competition Bureau argued that the CRTC’s rates are so high that Vidéotron cannot use them to compete outside of Quebec,1 Rogers confirmed that it will grant Vidéotron access to its broadband network at preferential rates that are below the CRTC’s regulated rates.

The wholesale arrangements between Rogers and Vidéotron were a key factor in the Competition Tribunal’s Dec. 31 decision to allow the Rogers-Shaw merger. In its decision, the Tribunal described these arrangements as “very favourable,” “preferential,” “discounted,” “further discounted from the CRTC tariffed wholesale rates,” and even noted that Vidéotron’s recent acquisition of VMedia, a former independent ISP, would help it quickly take advantage of its special wholesale arrangements with Rogers, notes TekSavvy.

In today’s filing, TekSavvy asks the CRTC to investigate the wholesale arrangements between Rogers and Vidéotron and to rule that they violate Section 27(2) of the Telecommunications Act.

“The largest consolidation in the history of the Canadian telecom sector is predicated on unlawful wholesale agreements,” says Andy-Kaplan Myrth, TekSavvy’s Vice President of Regulatory and Carrier Affairs. “This transaction is designed so the dominant carriers can weaponize the ISPs they acquired, using below-tariff rates to eliminate us from the market. The CRTC has exclusive jurisdiction over this matter, and it must render its decision before the Minister makes his final decision on the merger.”

TekSavvy argues that the agreements between Rogers and Vidéotron are transparently anti-competitive and merely an ad-hoc product of their “desperate attempts to secure regulatory approvals.”

“These arrangements,” adds Myrth, “were not arrived at through negotiations based on natural market forces, but are instead an effort by Rogers to remove regulatory hurdles to its acquisition of another Incumbent, Shaw. The arrangement with Vidéotron is specifically designed to allow Vidéotron and its TPIA-based affiliate, VMedia, to better compete than it could using tariff rates.”

TekSavvy has long said federal approval for the merger must be contingent upon first enacting the CRTC’s 2019 decision to lower its regulated rates. However, in May of 2022, Minister Champagne declined to implement that CRTC decision and instead endorsed much higher regulated rates, as requested by Rogers and Bell. By September, three major independent ISPs – Ebox, Distributel, and VMedia – exited the market after being bought by dominant incumbents, Bell and Vidéotron. TekSavvy’s application requests that the CRTC also investigate whether Bell is providing unduly preferential wholesale arrangements to its recently acquired ISPs.

TekSavvy Vice President of insight and Engagement Peter Nowak described the company’s application as a case study in how the federal government destabilized the industry when it declined to implement the CRTC’s 2019 wholesale rate decision. “It is ironic that Canada’s telecom oligopoly, the most vicious opponents of CRTC wholesale regulation, just successfully argued to the Competition Tribunal that wholesale-based competition is the only viable solution to address competitive concerns with this merger,” he said. “This stunning admission arises only after convincing the Minister to impose ruinous regulated rates on ISPs, acquiring those ISPs, and fixing rates themselves, effectively eliminating wholesale-based competition.”

TekSavvy has offices in Chatham, ON and Gatineau, QC and is Canada’s largest independent telecom service company serving customers from coast to coast.