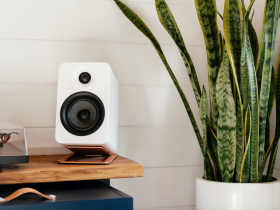 Traeger Grills is expanding its involvement in the tech space with a new skill that will allow owners of its WiFIRE-compatible grills to monitor and control the cook directly from an Apple Watch.

The new feature follows the re-launch of Traegar’s Apple and Android apps last month. Using the app and a compatible Apple Watch, owners can monitor and control the grill temperature in real time, making adjustments from anywhere. So they can keep an eye on the temperature while preparing a brisket in the kitchen, or set the grill to turn off as they are on their way home so the delicious meal they are preparing doesn’t burn or overcook.

The app can also be used to set a desired internal temperature and monitor progress without having to lift the lid and let heat escape, and to activate the Keep Warm Mode. The pellet level sensor displays that current pellet levels in real time as well so you know when it’s time to re-load and keep the fire burning.

There’s also the Super Smoke Mode feature, which allows users to blast the food with 100% hardwood smoke in between temperatures from 165 up to 225 degrees. You can adjust the grill temperature between these ranges as well as turn it off, all from the smartwatch.

“Whether changing the game with a superior pellet grill, expanding the culinary possibilities associated with grilling, or integrating digital technology into the grilling experience, innovation is a pillar of our brand and our ongoing mission to push the industry forward,” says Jeremy Andrus, CEO of Traeger Grills. “With our new Apple Watch app, building a seamless connection between wearables and grills is yet another way we’re elevating the Traeger user experience and allowing customers to focus less on prep to plate and more on creating experiences and memories with their friends and families.”

The app can also be used to share recipes, set cook preferences, and build a community among other like-minded smokers and grillers.