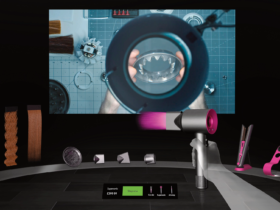 The unlocked mobile phone market continues its upward trajectory with an estimated 50.1 million active unlocked smartphones running on U.S. mobile networks, an increase of eight percent based on the latest findings from NPD’s Unlocked Phone Demand Report 5.0. However, despite this growth in units, tailwinds are slowing, likely due to expanding 5G networks and offerings as well as store closures occurring during the COVID-19 pandemic.

“Bolstered by aggressive promotions from carriers, the BYOD [Bring-Your-Own-Device] trend continues to rise, as we saw over 20 percent of customers switching to a new service provider bring their own unlocked smartphones with them,” said Brad Akyuz, Executive Director and Industry Analyst, NPD Connected Intelligence. “Yet it’s difficult to overlook the impacts on this market from forces such as COVID-19 and a growing interest in 5G adoption.”

Awareness of 5G services have reached record high levels thanks to the continual marketing pushes made by U.S. carriers. Unlocked smartphone users, who generally tend to be more tech-savvy than average smartphone users, unsurprisingly over-indexed in their awareness of the 5G technology.

Additionally, store closures as a result of the COVID-19 pandemic limited mobile phone churn activity, long known to be essential for the sales of new locked and unlocked smartphones. As carriers had to migrate to online strategies, lowered operating costs afforded them the opportunity to offer additional subsidies on locked phones. Likewise, even after physical locations began reopening, carriers that want to continue to attract smartphone buyers are offering extended financing options, making locked devices more appealing than ever.

“A number of factors are converging to make locked mobile devices more attractive to consumers who are in the market for a new or upgraded phone,” added Akyuz. “We expect cash-constrained customers in a post-COVID marketplace will either delay device upgrades or opt for cost-effective locked alternatives.”

The results of the NPD Group Connected Intelligence Unlocked Phone Demand Report 5.0 are based on online consumer panel research of over 1,500 U.S. unlocked smartphone owners, aged 18+ from diverse regions and demographical backgrounds. This survey was fielded in May 2020.