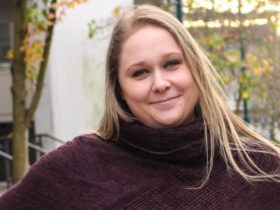 Urbanista’s new Los Angeles headphones are dubbed the “world’s first” self-charging headphones, thanks to the inclusión of solar power technology which allows them to gain a charge from light, both indoors and out.

Available in Sand Gold and Midnight Black, the Los Angeles headphones are Wireless and boast active noise cancellation. They work with a companion Android or iOS app that provides tips on how to maximize the playtime, including visual indications of the solar charge levels and usage. The headphones can keep 80 hours of battery reserve to keep you going all day, and potentially all week. There’s also USB Type-C charging when you’re in a pinch.

The app, which will eventually be available for other Urbanista headphones in the line-up, can also be used to customize the headphone controls.

“We’re really excited to announce the pre-order of Urbanista Los Angeles,” says Anders Andreen, CEO of Urbanista. “The response to the launch earlier this spring has been nothing short of amazing. It’s obvious that this kind of headphone technology is a welcome shift in the industry.

“It has also been an important step forward for us to launch our Urbanista mobile companion app,” he continues. “The app will be available when the product ships and will really enhance the innovative features of Los Angeles, making the interaction with the self charging element effortless and engaging.”

Andreen adds that Urbanista has other “impressive features” in development, with plans to launch “in the near future.”

The Urbanista Los Angeles are available for pre-order and will sell in the U.S. for an MSRP of $199; Canadian pricing has not yet been confirmed. Urbanista products are distributed in Canada by Erikson Consumer.