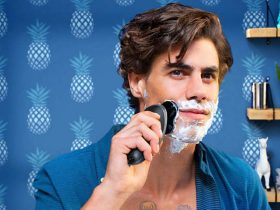 The latest candidate in our series of Q&As with influential women in the technology business in Canada is Clelia Cornuejols, Lead Product Manager, Alexa Canada, Amazon.

Years in the Industry: 8 Years

“Love what you do and do what you love. Doing something new and different requires a level of drive and passion that is really hard to fake. When your heart is behind what you are doing, so much is possible.” – (Tracy Sun)

I started my career working on beauty and luxury products, so quite far from tech, but I’ve always been fascinated by innovation. I have a lot of curiosity about new products, new trends, and why people adopt them. I ended up in tech not so much to understand the “how” behind innovations but because I wanted to imagine the next opportunities, and see what could be done to delight customers and make their lives easier. To identify opportunities, you need to know what tools are available.

As I was working in e-commerce, I started to dig into the world of data, where I learned about personalization and optimization of the online customer experience through automated machine learning functionalities. One day, I discovered Alexa and decided I wanted to get behind the scenes to help shape the future of this new tool for customers.

I am lucky to be working in a team with a lot of diversity and in which everyone has a voice. However it wouldn’t be true to say there is no difference between genders in the workplace. I have seen some gender discrepancies and, in particular, I think what Carol Frohlinger, Deborah Kolb and Sheryl Sandberg call the “Tiara Syndrome” is very true. It is about the fact that many women tend to focus on doing their job well and expect that people will notice their results and that recognition will follow, while men are often much more vocal about their results and pushy to ask for the promotion that recognizes these results.

One of my first managers used to call this the “volleyball strategy” to refer to the loud burst of joy and self-congratulations that sports players exhibit when they mark a point. It’s, of course, not true for all men and all women, but I agree that this is often the case. Unfortunately, results don’t always speak for themselves. They get much more attention when someone showcases them, and it’s rare to get a promotion and get the ownership of key projects if you don’t proactively push to get them.

Beyond that, I think it’s important to train people, at all levels, to question their unconscious biases and their tendency to relate more to people who are like them. It’s easy to forget about gender related issues or even think they have been solved already because most of the time, the difference between how you treat women and men in the workplace or the challenges they may face is not obvious. It often looks like equality is applied and everyone has the same opprtunites.

At the end of the day, when you look at data, you realize that a majority of the leadership roles in the tech industry are occupied by men, mostly white ones. This means they got more promotions, found new roles, and increased their scope quickly or have a higher average salary. And when you look back at your policies and company values, nothing seems wrong. That’s usually a sign that these discrepancies come from subtle biases that people don’t even realize they have but that still impact their actions and decisions.

I believe everyone in an organization brings a perspective that has been shaped by their culture and their experiences (personal and professional) and this diversity is eventually what makes a company successful because it also reflects the customer base. On my side I am French woman. I have lived in four different countries, grew up in a little town in the south of France in a family of entrepreneurs, surrounded by engineers (my parents, grandfathers, and so many of my uncles, cousins, and others), and surrounded by women since I grew up with two sisters and no brother. Being a woman and growing up in this environment taught me empathy, the importance of listening, as well as a lot of curiosity for learning, an ability to dream high, and the capacity to stay calm and structured when tackling a challenge or a conflict. These are skills that I use everyday in my job, and this background is what allows me to bring a different perspective to the opportunities and challenges of our business.

I think the very first step is about education. We all know that engineering programs still have a majority of male students while women are as good as men in STEM in high school. So all programs dedicated to break that self-censorship on the choice of studies and attract more women in tech are very important. Beyond that, it is also very important to understand that people in tech don’t all come from an engineering background. There are plenty of functions in tech beyond software engineering, like product management, business development, data analysis, UX, marketing strategy and many more, and these don’t necessarily require a tech diploma to be successful.

The gender gap in tech is a result of these two issues as females censor themselves twice: first when choosing whether or not to apply to engineering school and second when choosing the industry they will work in because they feel they can’t be competent in tech if they don’t have an engineering background.

Personally, I felt like an imposter when I joined the Alexa team. Everyone was so tech savvy and knew concepts I had never heard of. But then I learned and succeeded and now many of my peers come to me when they don’t understand how the technology works and how to dig into bugs and solve them. We all learn. No one was born knowing how to code or how to develop a machine learning model.

To go back to your point about women being the primary buyers in home – the reality is, to become a leader in tech, having a tech background is not what will make you thrive. To succeed and become a leader in the tech industry, you have to understand what your customers need, what they like, and what will make them dream tomorrow. The tech knowledge will tell you whether you can answer these needs quickly or whether it will take more development time and resources to get there. But the starting point is the customer need, not the tech solution, and the best way to understand your customers is to be one of them. If you are tech savvy, you will probably relate very well to your early adopters but will struggle to understand the majority of your customers. And no business can thrive in the long term by only attracting early adopters.

So yes, I think the tech industry needs to attract diverse talent that represents their customers and ensure they are represented at each level of the company. That means, among other things, to get more women in leadership positions, both by attracting external talent and by better supporting the career growth of women inside their own companies.

I would say that it is challenging but it is a great opportunity to bring a new perspective and inspire a new generation of talents.

Yes, I think Sheryl Sandberg has a very insipiring career and has used her influence very wisely to bring light and changes for gender differences.

But the most inspiring woman in tech for me is my own mother. She became a software engineer 35 years ago when the gender gap was much bigger than today, led the engineering department in various start-ups through her career, and developed algorithms and technologies that were adopted by state entities. She adapted to all tech changes that happened through these years, developed websites in the ’90s and apps in the early 2000s, managed in-house servers before AWS existed, and solved IT challenges when most people were just adopting computers and Internet technologies.

Her grandmother owned a garment shop, her mother was a secretary typist, and she became a software engineer. It’s a beautiful tech transition from generation to generation! As I grew up, everytime I thought I couldn’t understand a complex problem, she showed me I just had to decompose it in smaller problems and identify the logic behind it to get through it. That was true when I was a child and later a student and is still true today when I tell her I fear I won’t understand the complexity of topics I could work on. She is my secret weapon to fight my imposter syndrome.

A lot of people think it is very hard to work in tech. It’s not true. You just need to have a logical mind and to love to learn and be curious.

I wish we were not still fighting for better diversity and inclusion in 2022. Sheryl Sandberg said: “The word ‘female,’ when inserted in front of something, is always with a note of surprise. Female COO, female pilot, female surgeon — as if the gender implies surprise… One day there won’t be female leaders. There will just be leaders.” I wish we were there yet.

Absolutely. Technology can solve so many issues and inequalities! Technology is everywhere now, everyone uses it, and I think in the future, most jobs will be related to tech by either using it or developing it. And women will be a big part of it!