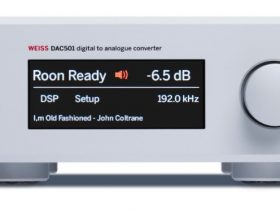 Many successful companies have created sub-brands to attract a new audience.  In the mid to late 1980s, three Japanese car manufactures created secondary brands to attract a higher-end luxury consumer.  For the North American markets, solid brands like Honda, Toyota and Nissan were seen as too entry-level to compete with upmarket European brands such as Mercedes, Jaguar and BMW, and so Acura, Lexus and Infinity were born as sub brands of the legacy Japanese car companies to compete at a higher luxury level.

Not all sub brands are created to go upmarket. Often brands that are already perceived as capturing a high-income, sophisticated customer, look for some breathing room to target a younger and perhaps not so cash flush demographic without hurting the reputation or alienating the customer-base of their existing brand.  The hotel industry is a prime example of such a trend where companies like Marriot, run the Ritz Carleton on the high-end, the Sheraton and Westin for mid-market stays and then run brands like Fairfield and Courtyard, as motel lodging off the side of the road.  Marriot even created a sub brand called W Hotels to cater to a wealthy, hip and younger customer who can afford the Ritz but would never stay there.  Fashion is another industry that creates sub brands to cater to a new customer such as the launch of Armani Exchange as a cost alternative to the bespoke parent brand, or the Boss Orange Label as a younger more slim-fitting sub brand to Boss proper.  Consumer goods companies like Nestle operate more than 2000 brands and even tech companies such as Facebook run secondary brands like Instagram, WhatsApp and Oculus.

Usually, the motivation behind starting a new brand revolves around catering to a new consumer base that may be difficult or disruptive to reach with your existing brand.  Such was the motivation for Totem Acoustic when they launched the KIN brand in 2014.  Totem has a deserved following for best-in-class sound reproduction by manufacturing high-end, made-in-Canada speakers that average around $3,000 per pair but can exceed $20,000 per pair for their highest end model.  Totem’s reputation for excellence spans globally and there is a bespoke expectation that Totem be manufactured in Canada to a non-mass-market customer.  When you have built a fan-base over three decades building a brand, any moves outside of your core-competency can have stressful consequences.  Totem has managed to alleviate diluting the Totem brand by establishing a second brand named KIN, that goes by the tag line “We are Young, We are Fun, We are KIN.”

KIN has allowed Totem’s senior executive team, run by Lucy Lentini and Vince Bruzzee, a flexibility to expand their audio offerings to powered speakers and amplifiers, two categories removed from the main Totem line.  The KIN brand also has some manufacturing flexibility to be built offshore, which aids in hitting a price point that expands Totem’s existing client base to a younger demographic, something all legacy audio manufacturers should be trying to do.  The importance of sound reproduction and tuning however is not compromised, and testing of every KIN component is meticulously done on-site at Totem’s head office north of Montreal.

In many ways, adding KIN has diversified the companies sound offering by establishing a beautifully designed, well-engineered product that gets someone into a solid, bundled component audio system with amp and bookshelf speakers or a pair of powered Bluetooth speakers for under $1500.

KIN is now releasing next generation products that includes the newly designed KIN amp.  While the first gen amp was designed to offer entry-level simplicity, the 2nd generation 2-channel Class D 100-watt amplifier, adds features tailored to the custom market that allows for easy integration to multi-room and streaming systems.  Other additions to the 2nd gen amp include auto-on and input sensing. meaning the amp will come to life from standby mode when it detects an active signal.  On the first generation the amp would shut off when not detecting a signal.  It’s a great feature, especially when attaching a Bluesound or Sonos streamer to the amp that’s accessed by a phone.

The new touch-screen amp has also added a 3.5mm/Mini Jack AMP-in input that bypasses the internal preamp, effectively turning the electronics exclusively into a power amp.  A nice feature for multiple streaming components but if you are running a single streamer, choosing optical-in to take advantage of the KIN’s built-in DAC is the best way to go.  Other inputs include mini jack, switchable RCA line/phono inputs, Bluetooth and of course optical in. The compact amp is a near square at 10” x 9”, small enough to fit any condo bookcase.  The amp comes in both black or white with an all aluminium remote.

Two of the bigger upgrades on the new amp include a high-performance headphone mini jack input on the front of the unit.  No headphone jack was offered on gen-one.  The KIN amp also now has built-in HEX codes so that the unit can facilitate integration into custom systems with other brands.

Along with the amp, KIN offers a full range of powered sound bars with matching wirelessly transmitting subwoofers, powered bookshelf speakers and now for the first time, powered floor standing speakers called the KINPlay Tower.  Gen one powered speakers had a couple of quirks such as a detection challenge with say a Sonos streamer – if you played an ambient playlist for hours in the background, Gen One tended to go to sleep, which is no longer an issue on the new released KIN product.  All KIN products are now third-party streaming capable. Another quirk in the early days, was the front button that would glow blue for Bluetooth, green for optical and so on, could not be turned off. It was a mild annoyance when the speakers are played in a dimly lit room, but again such issues have all been resolved with Gen 2 and the light turns off after ten seconds on the active product and the display on the amp also goes dark after a few seconds.

The KINPlay Tower active speakers come in both matte black and matte white and are driven by an internal 2x200watt RMS amp on one speaker that powers the passive partner.  The Towers feature Bluetooth 5.0 aptx HD which allows for simultaneous high-resolution streaming from one device to two pair of KINPlay Tower speakers that can play the same audio simultaneously for a whole home experience, or can be zoned to play different tracks but from the same source. A similar pairing can occur between a pair of KINPlay Tower speakers and a KIN soundbar.

The KINPlay Tower have all the same connectivity options as the KIN amp, including a switchable RCA jack that offers phono-in, but adds a second optical in (but no headphone jack).  For my demo, I used the RCA input to drive a Rega turntable and the two optical-in to run a Sonos connect and a Samsung Frame TV.  If I were to add a CD player, I could swap the Sonos streamer to the 3.5mm aux in and then use the optical-in for CDs.

The speakers come with a remote and while there is a toggle on the front of the right-powered speaker to switch between sources and to adjust volume, I used the remote exclusively.  The toggle is hidden behind the cloth magnetic grill and while at first, I thought it would be a damn inconvenience removing the grill to access the toggle, I am now relieved that it’s hidden since it balances the esthetics of the right and left speaker.

My first impression is that these rear porting floor standing speakers are loud!  But in a terrific way.  Bass is punchy and tight and mid-range is crisp, lively, and delightful.  The new James Bond film with a sinister soundtrack, stayed gripping and best of all, voices were easily discernable even without a centre channel.  While I paired the towers to a KIN sub wirelessly as an experiment, I later found the sub unnecessary and a tad over-kill to the excellent bass performance built-in to the towers.  Not to mention, one of the reasons to buy active/powered speakers in the first place is for the space saving and lack of wires from a traditional system.  Someone in a condo with two KINPlay Tower speakers, one on either side of a smart TV would enjoy a rewarding and esthetically streamlined experience.

You can sense that Totem is having some fun with KIN.  The brand has given the company a chance to flex their wings by venturing into other product categories and not be worried by the constraints that such rollouts would endure if they were attempted inside the Totem badge.  I remember reading a marketing story on the power of Hot Wheels, the toy company that created replicas of real cars.  Kids would display their toy cars and lust for the day when they would own the real thing.  Perhaps there is a parallel in a company like Totem building a second brand where the cost of entry is not so prohibitive as the flagship brand, and the age of the buyer is younger than the typical Totem buyer.  You kind of sense, once a consumer has been struck by the KIN sound, that they may one day just move up the ladder to the Totem brand.  Create the loyalty by expanding your offering to a wider-range of consumers without sacrificing quality.  Not only does KIN manufacture a terrific sounding product, it also opens the door to a whole new younger customer that Totem may have been missing.  That makes KIN not only a great product but a great business strategy too.  Like all siblings, the day will probably come when Totem’s little sister stands on her own.  That will mean Canada has another great audio brand to brag about.

The KINPlay Tower will make their debut later this month at the Montreal Audio Show.