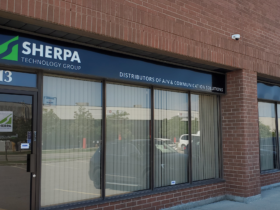 If there was ever a question that didn’t require a survey to predict the answer, it’s this topic: working from home. With COVID-19 mandates easing and, in some cases and provinces, being eliminated altogether, businesses are looking at getting employees who have been working from home back into the office. But having proved they’re able to successful work remotely, not to mention rising gas prices, most employees would like to continue working from home at least part-time.

Only one-in-eight (12%) say that working entirely at their physical workplace is their ideal working scenario moving forward, and more than two-in-five (43%) Canadian office workers say they would even be likely to look for a new job if their current employer mandated they return to the office full time.

The survey found that only half of Canadian office workers that had shifted to remote work due to the pandemic had returned to working from their office before the Omicron wave struck in late 2021. One-third (31%) of those that had returned said Omicron sent them back to working exclusively from home/remotely, while another 29% said it increased the amount of time they worked away from the office.

“It’s clear that the role that the physical office plays in the day-to-day work and satisfaction of employees has changed dramatically during the pandemic,” says Nick Georgijev, Country Manager for Amazon Business Canada. “We’re not going back to how things were before, and businesses need to adjust to the many operational realities that come with that. Canadian employers will need to consider not just how and when to bring their employees back to the office, but if they should… and how to set that talent up for success from anywhere if they don’t return entirely.”

Expectations around in-office versus remote are likely to play a big factor in the ability of Canadian employers to keep their best employees happy, and how they bring top talent aboard to fill new roles, says Amazon.

According to the Report, nearly three-in-five (57%) Canadian office workers say they would prefer to either split their time equally between in-office and remote (27%) or work mostly remotely (3+ days per week – 30%). Convincing those workers to change their mind could prove costly, as those polled say salary increases, more flexible work hours, more vacation, and better benefits are the top four incentives that would entice them to return to working in-office full time.

It seems employees are in a power position now as well, as replacing them could prove more challenging, with more than half (55%) saying they would be less likely to accept a job with a new employer if the company mandated full-time work from the office. In fact, flexible work hours and the ability to work remotely were amongst the top five important factors Canadian office workers look for in a new job – more important than workplace culture, opportunities for growth, advancement or training and development, and in-office perks.

The survey also found that office workers in British Columbia (60%) were the most likely to have returned to the office before the Omicron wave, while workers in Ontario were the least likely to have done so (43%). Of those that had returned to the office before Omicron, four-out-of-five (79%) say they worked in-office five days a week before the pandemic, but only 43% have returned to a full five-day in-office work week. Fewer than one-in-10 (7%) worked fewer than three days in office per week pre-pandemic, but that spiked to 24% after returning before November 2021.

One-in-three (32%) office workers that shifted to remote work during the pandemic received a stipend to purchase home office equipment and supplies to help them work from home. Only one-in-three (31%) from that group say they believe those stipends will continue moving forward. Ontario (35%) and Quebec employees (41%) were the most likely to have costs related to working from home covered by their employer. For those who did receive a stipend, one-quarter (27%) received $500 or more while one-quarter (26%) received less than $200.

“Employers need to reconsider everything about their physical working spaces to meet the changing demands of their current and future workforce,” adds Georgijev. “That includes everything from their real estate footprint to procurement to technology and supplies. Those that adapt best and quickest will have a strong advantage, particularly if they provide their teams the means to thrive while working remotely.”

The Amazon Business Return to Office Report was conducted in two waves, in December 2021 and February 2022. A survey was completed from December 12-16, 2021 among members of the online Angus Reid Forum, with a sample of 1,595 employed Canadians who transitioned to remote work at some point during the pandemic. From February 11-14, a second survey of 423 such Canadians was completed to examine the impact of the Omicron wave on return-to-office plans. Both surveys were offered in English or French.