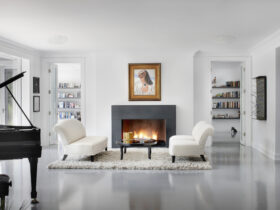 Last summer, I bought four beach towels from a posting on Instagram.  The towels had a 1950s vibe that showcased vintage cocktails as the design.  One was for Campari, the another for Aperol Spritz and so on.  The photos of the towels on Instagram looked terrific, displayed on teak loungers overlooking the Mediterranean in one shot and on the back of a yacht cruising the Amalfi coast in another had my finger clicking the buy now button.  But before I added the towels to my shopping cart I read the reviews, just to get another level of validation on an impulse purchase.  The reviews of course were fantastic and there we lots of them.  The company selling them also has close to a million followers on Instagram. When the towels arrived at my home, the “plush absorbing cotton” was more akin to a faded polyester and the gorgeous colours of the towels from the Instagram pictures, could not be replicated with a thread count akin to a depression-era flea bag motel.  What a let-down. I don’t think those reviews were real.

According to the monitoring service Fakespot, about 42% of 720 million reviews posted on Amazon over a seven-month period in 2020 were fake.  36% of the reviews on Walmart assessed over the same period were found to be fake.

Another factchecking service called Review42, states 82% of American adults rely on reviews to make a purchase, yet only 3% of American adults write reviews.  The largest category for fake reviews is consumer electronics where 61% are deemed to be fake. The reason reviews are so important is that they increase the conversion rate to purchase by as much as 270%, like buying unnecessary cute towels profiling booze bottles.

Reviews are big business and fake review groups commissioned by unscrupulous manufacturers and distributors will recruit individuals with cash or product incentives to write incentivized and misleading reviews.

Yesterday Amazon filed legal action against the administrators of more than 10,000 Facebook groups that attempt to orchestrate fake reviews on Amazon in exchange for money or free products.  These groups are set up to recruit individuals willing to post misleading reviews on Amazon’s stores in the U.S., the UK, Germany, France, Italy, Spain, and Japan.

“Our teams stop millions of suspicious reviews before they’re ever seen by customers, and this lawsuit goes a step further to uncover perpetrators operating on social media,” said Dharmesh Mehta, Amazon’s vice president of Selling Partner Services. “Proactive legal action targeting bad actors is one of many ways we protect customers by holding bad actors accountable.”

The fraudsters behind such groups solicit fake reviews for hundreds of products available for sale on Amazon, including car stereos and camera tripods. One of the groups identified in the lawsuit is “Amazon Product Review,” which had more than 43,000 members until Meta took down the group earlier this year. Amazon’s investigations revealed that the group’s administrators attempted to hide their activity and evade Facebook’s detection, in part by obfuscating letters from problematic phrases.

Amazon strictly prohibits fake reviews and has more than 12,000 employees around the world dedicated to protecting its stores from fraud and abuse, including fake reviews. A dedicated team investigates fake review schemes on social media sites, including Facebook, Instagram, TikTok, and Twitter, and regularly reports the abusive groups to those companies.Since 2020, Amazon has reported more than 10,000 fake review groups to Meta. Of these, Meta has taken down more than half of the groups for policy violations and continues to investigate others.

Amazon was a pioneer of product reviews, having introduced them in 1995 to help customers make more informed shopping decisions. Amazon proactively stopped more than 200 million suspected fake reviews in 2020 alone.

So the next time you book that “5-star boutique hotel” or buy the “sonically perfect” headphones or “the comfiest shoes that I have ever worn” its buyer beware.  Those reviews that you are relying on may be offering more harm than good.