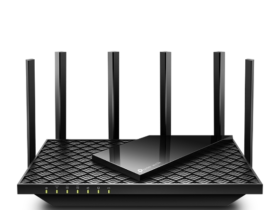 The 2nd-gen HomePod boasts a new design with transparent mesh fabric made of 100% recycled material and a backlit touch surface that illuminates. Available in white and midnight, the colours, each one comes with a colour-matched woven power cable.

Equipped with a custom-engineered high-excursion woofer, powerful motor that drives the diaphragm 20mm, built-in bass-EQ mic, and beamforming array of five tweeters around the base, you’ll get an improved audio experience compared to the first-gen model. It features the S7 chip combined with software and system-sensing technology to offer more advanced computational audio.

With room sensing technology, HomePod recognizes sound reflections from nearby surfaces to determine if it is against a wall or freestanding, and then adapts sound in real time. Precise directional control of its beamforming array of five tweeters separates and beams direct and ambient audio.

Enjoy the full Apple Music catalogue of more than 100 million songs (with a subscription), including Spatial Audio with a single HomePod, or combine two for a stereo pair. The HomePod can also be used with an Apple TV 4K for an enhanced home theatre experiencing when watching movies, TV shows, or playing games. Meanwhile, you can summon Siri at any time to access information about what’s playing, searching by artist, song, lyrics, decade, genre, mood, or activity with Apple Music, for instance.

Leverage multi-room audio and AirPlay 2 with more than one HomePod, including the HomePod mini, to simply say “Hey Siri” or touch and hold the top of the HomePod to have the same song play on multiple speakers, different songs on different speakers, or even use them as an intercom to broadcast messages from one room to another. As noted, you can also pair two in the same room for stereo sound, using them as separate left and right channels.

The new HomePod operates on ultra-wideband technology so you can easily hand off whatever is playing on an iPhone to the speaker. You can also receive personalized song and podcast recommendations by bringing an iPhone close to the speaker to hear suggestions. HomePod can recognize up to six voices so everyone in the family can have their own personalized experience with not only playlists but also things like reminders and calendar events.

When paired with Apple TV 4K, eARC (Enhanced Audio Return Channel) support enables you to make HomePod the audio system for all devices connected to the TV. With Siri on HomePod, you can also control what’s playing on the Apple TV hands-free.

Find My on HomePod makes it possible to locate Apple devices, like an iPhone, by playing a sound on the misplaced device. Using Siri, you can also ask for the location of friends or loved ones who share their location via the app.

The new Apple HomePod has smart home integrations as well. With Sound Recognition, HomePod can listen for smoke and carbon monoxide alarms, and send a notification directly to your iPhone if a sound is identified. The new built-in temperature and humidity sensor can measure indoor environments so you can create automations that close the blinds or turn on the fan automatically when a certain temperature is reached in a room.

By activating Siri, you can control a single device or create scenes like “Good Morning” that trigger multiple smart home accessories to work at the same time, or set up recurring automations hands-free like “Hey Siri, open the blinds every day at sunrise.” A new confirmation tone indicates when a Siri request is made to control an accessory that may not visibly show a change, like a heater, or for accessories located in a different room. Ambient sounds, like ocean, forest, and rain, have also been remastered and are more integrated into the experience, enabling you to add new sounds to scenes, automations, and alarms.

The redesigned Home app makes it intuitive to navigate, view, and organize accessories, with new categories for climate, lights, and security.

Since Apple is a member of the Connectivity Standards Alliance, which maintains the Matter standard, it comes as no surprise that the HomePod offers Matter support as well. It can connect to and control Matter-enabled accessories and serves as an essential home hub for access when away from home.

In terms of security, Apple says that all smart home communications are end-to-end encrypted so they can’t be read by Apple, including camera recordings with HomeKit Secure Video. When Siri is used, the audio of the request is not stored by default.