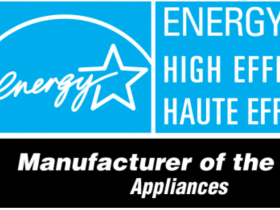 Apple shares have rallied 3% today on yesterday’s November 10th announcement of a new MacBook Air, 13-inch MacBook Pro, and Mac mini, powered by the M1, the first non-Intel processor and Apple’s first family of chips designed by Apple specifically for the Mac. The M1 delivers up to 3.5x faster CPU, up to 6x faster GPU, up to 15x faster machine learning (ML) capabilities, and battery life up to 2x longer than before. And with M1 and the Big Sur Mac operating system, users get access to the biggest collection of apps ever for Mac.

“The introduction of three new Macs featuring Apple’s breakthrough M1 chip represents a bold change that was years in the making and marks a truly historic day for the Mac and for Apple,” said Tim Cook, Apple’s CEO. “M1 is by far the most powerful chip we’ve ever created, and combined with Big Sur, delivers mind-blowing performance, extraordinary battery life, and access to more software and apps than ever before. We can’t wait for our customers to experience this new generation of Mac, and we have no doubt it will help them continue to change the world.”

MacBook Air is Apple’s most popular Mac and the world’s best-selling 13-inch notebook. The powerful 8-core CPU performs up to 3.5x faster than the previous generation. With up to an 8-core GPU, graphics are up to 5x faster, the biggest leap ever for MacBook Air, so immersive, graphics-intensive games run at significantly higher frame rates. ML workloads are up to 9x faster, so apps that use ML-based features like face recognition or object detection can do so in a fraction of the time. The M1 chip’s storage controller and latest flash technology deliver up to 2x faster SSD performance, so previewing massive images or importing large files is faster than ever. And in MacBook Air, M1 is faster than the chips in 98 percent of PC laptops sold in the past year.

MacBook Air also delivers this performance in a fan-less design, which means no matter what users are doing, it remains completely silent. And the new MacBook Air features battery life up to 15 hours of wireless web browsing and up to 18 hours of video playback — the longest battery life ever on MacBook Air.2

When compared to the previous generation, the M1-powered MacBook Air can:

When compared to the previous generation, the M1-powered 13-inch MacBook Pro can:

When compared to the previous generation, the M1-powered Mac mini can:

All new Macs come with Big Sur, the latest version of Apple’s desktop operating system and engineered to take full advantage of all the capability and power of M1, Just like iPhone and iPad, the Mac now instantly wakes from sleep. Browsing with Safari is now up to 1.5x speedier at running JavaScript and nearly 2x more responsive.6