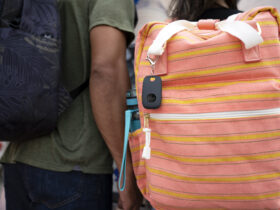 There’s an old joke that says the only people who attend audio shows are middle aged guys with beards. They attend these shows mostly to boast about the audio gear that they bought thirty years ago and how it still works perfectly fine.  This would be funny if it wasn’t partially true.  What happens when these old guys are gone?  Is there a new generation to take up the audiophile torch?  Perhaps not, and we “audiophiles” only have ourselves to blame. Somewhere along the way, audio enthusiasts stopped showing our kids that everything that is meaningful in life usually occurs when music is playing on a good sound system. And sadly, we let our kids be educated by Apple’s Steve Jobs who professed the convenience of compressed audio in your pocket instead of the wonder of beautiful 2-channel analogue.

After three years of running a boutique audio shop, I learned there is a big difference between an audio enthusiast and an audio buyer.  The enthusiast takes up most of your day and wants to bend your ear on everything they already own.  That of course, doesn’t mean the audio buyer is extinct for I wouldn’t have kept the pop-up shop open for two years longer than intended if there were no buyers out there!

However, the audio enthusiast that does indeed buy, tends to be of an older generation that grew up valuing good quality sound.  In three years as a shop keeper, I never sold an amp to anyone under the age of 30.  I sold plenty of headphones and DACs to a younger crowd, but no component audio gear. One twenty-something came into the shop to buy a turntable after they found crates of vinyl in an attic after their grandfather had passed away.  The turntable they bought had an integrated phono-amp and was going to be plugged in to grandpa’s old gear (if they could get it to work).  They had no idea how to even place an album on to a turntable, but they were enthusiastic to learn.

If you went to university in the ‘70s or ‘80s, the first thing that anyone did was set up their sound system, then you opened a beer and then finally you started unpacking and arranging your flat.  For thirty years and over nine moves, I have never swayed from setting up my sound system before all else.  For my last move, I agonized for a month before we got the keys deciding what would be the first song I was going to play in the new house.  The whole lower level of my new place is designed around my sound system.

So how has our generation (middle-aged guys with beards) done such a poor job at passing down a legacy for loving and appreciating audio gear?  The disconnect is with the gear and not the content.  Young people love music: top songs such as Olivia Rodrigo’s “Driver’s Licence” was streamed 1.1 billion times on Spotify alone in 2021.  A billion times for just one song! So, how are those streams being listened to?  Mostly though a phone and ear buds, or on a laptop, and for group listening, a Bluetooth speaker.

According to Statista, consumers aged 25-34 purchased a similar percentage of vinyl records as those aged 55+ and a recent CBS news poll shows 24% of Americans have a working turntable. Of that 24%, 40% are over 55 years old and 13% are under 45.  If I think back to the shop, lots of kids came in at Christmas to buy dad a record.

So, who is to blame for the loss of the near fanatical obsession with sound systems that all my friends and I shared growing up? Today my kids couldn’t care less for the audio gear in my cabinet.  I blame parents … me included.  Our job is to pass down all things in life that matter: manners, education, gratitude and … sound systems.  How is it we have done such a terrific job handing down so many of life’s important lessons and values to our kids but have failed so miserably on the joy of great quality sound that comes from a component-based sound system?  And what happens when our kids start having kids?  The cycle of stereo-love will be a generation removed.

Here’s how we can fix this:

Starting immediately, anytime your child has a milestone birthday or moves into their first apartment, give the gift of a sound system.  Start with an amp and some bookshelf speakers that can accommodate the addition of a CD player, turntable, a game console, a streamer or even a TV for subsequent birthdays.  If you are met with resistance, persevere. Steve Jobs was wrong on compressed audio, but he was right that we often don’t know what we want until we get it and your kids really do want a sound system. Don’t cave when you are met with “but dad, I don’t want a sound system, I have nowhere to put it, it takes up too much space, my apartment is too small, all I really want is a Prada bag”.  Do not cave!

A few years back I went to an après ski party where the Jaeger shots and champagne were flowing like the good times would never end. The magnificent chalet was packed, and the hostess of the party was desperate for her guests to dance the night away but alas, her Bose Soundwave clock radio as her only sound system just didn’t cut it with a crowd of 80.  What could have been an epic season blow-out of a night, ended soberly and early.  I remind my kids of this horror story and stress that cold drinks and good food are just the assistants to the captain-of-fun, which is your music. That hostess later bought a system from me and lived happily ever after.

They say the trick to keeping religion alive is to indoctrinate children while they are young and pliable.  Before they know what’s happened, they have become religious adults and the cycle continues for another thousand years. Audiophiles need to take a page out of the ‘religion playbook’ and put the same focus on passing along the love for audio gear.  My father is not a religious man and by extension I am not religious nor are my kids. However, my dad loved his cherished Altec Lancing side table speakers, his Dual turntable and Telefunken amp that played his Elvis, J.J. Cale and Oscar Peterson records. When I was a kid, I’d sneak around the corner and see my father masterfully setting the mood for a dinner party by playing the perfect album for the moment.  I learned early that all the fun things in life happen while records are turning.   Maybe I will do better with educating my grandkids (if I have any), and we can start a new generation of audiophiles. You really don’t know what you have until its gone.