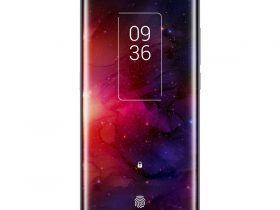 What do you do when you are an industry veteran, having held senior management positions with some of the big-name headphone brands, but the top brass doesn’t necessarily share your vision for product strategy?  If you are Marcus Sanchez, you quit your job and you start your own headphone company.  Sanchez is a Los Angeles-based music executive and a well-known name in the hip-hop, urban and Latino communities.  In addition to working in artist relations, Sanchez has played a hand in building the Monster/Beats brand and also the Audeze line of premium headphones where he held the role of Vice President of Marketing.  He left that all behind to start Ausounds in 2019 where he is President and Chief Marketing Officer and has partnered with a Chinese OEM to build the products.

The mission of Ausounds is to become the global leader of active noise cancelling headphones (ANC) and Sanchez introduced the company to the tech world at CES in 2019 with four in-ear true wireless headphone offerings, all High-Res Audio certified with LDAC decoding up to 990 kbps at 24 bit/96 kHz utilizing planar magnetic driver technology.  For a new company, Ausounds came out with guns a-blazing, offering a spec sheet of premium features usually only offered from the well-established brands; IPX waterproofing, aerospace-grade titanium housing, Bluetooth 5.0 pairing, dual mic voice calls, extended battery life and wireless charging were all checkmarks from the moment Ausounds was introduced.  CNET took notice awarding Ausounds the “Best Newcomer” and awarded the company the “Best Noise Cancelling True Wireless earbud of 2019” adding that they sound better than Apple Airpods.  The following year, CES acknowledged Ausounds with a 2020 Innovative Tech Award nominee.  This kind of attention doesn’t normally get flowered on a new company by the jaded tech press.  Usually the mantra is more in line with “yeah, pretty good, but let’s see if they are here next year..”  Then again, calling Ausounds a new company with the depth of history coming from its management team would be a little disingenuous and not only is the company surviving, they continue to add to their product offering.

Adding to the line of premium in-ear headphones, Ausounds has recently introduced an over the ear noise cancelling headphone called the AU-XT ANC.  Ausounds Canadian distributor, Erikson Consumer, sent me a pair to try.  In our old life, say in 2019, I would hold back testing noise cancelling headphones and just leave them in the included carrying case until I was scheduled to be on a plane, the gold standard environment for testing active noise cancellation.  Other environments such as an office or a busy coffee shop, were also off the table in our locked-down Covid world (to our American readers, welcome to Canada) so, for the purpose of this test I opted for the nosiest environment that I could think of – my 1976 VW bus called Daisy, that can be almost unbearably loud when she is driven at her top speed of 100km/h on the 401 Ontario highway.  She’s so noisy, having virtually no insulation and a design before aerodynamics were a thing, that its like pushing a rusty barn through the wind, but I love her and when she’s cruising around town at a more manageable 40 km/h you’d almost think you were in an S-series Mercedes, without the luxury, or safety for that matter.

Having found my noisy space, I paired the AU-XT ANC to an iPhone in a breeze.  It seems the days of “unable to connect” or the spinning wheel are a thing of the past, and the pairing took mere seconds.  While the trend with most premium headphones is to forego the use of physical buttons for a tap / swipe ecosystem (seriously is it tap tap to go to the next song or is it taaap, tap tap?  Who can ever remember?) Ausounds has good ‘ol physical forward-play-reverse buttons on the right earcup and another switch on the left earcup to control on and off for active noise cancellation.  You turn the headphones on by pressing down on the play button.  If I have one gripe with these headphones, it’s that when you turn on the ANC, being active it depends on battery, meaning if you turn off the headphones by holding down the play button, it does not automatically turn off the noise cancellation. So if you forget to switch off the ANC you will drain your battery.

The fit and finish of the AU-XT ANC feels premium with soft synthetic leather earcups and an overall weight of less than 10 oz.  The cushioning on the silicon headband while perfectly fine could possibly use a bit more padding if these headphones were to be worn on a 12-hour flight, but in my trials, the AU-XT ANC were effortless to wear and wonderfully comfortable.

While playback can be accomplished both with ANC on or off, I found my preference in all listening conditions was to have ANC on.  It added amplification and depth to the overall soundstage. The headphones feature a 40mm Graphene driver and Bluetooth is Apt-X HD, which supports 24-bit/48kHz audio with a transmission rate of 576kpbs with low latency and minimal data compression.  Normally I control volume and playback through my phone for I find the tap technology to be so sensitive that by just touching my headphones I end up doing something I didn’t intend, so having real analog buttons to increase volume and skip to the next song was refreshing and easy.

Driving Daisy along the 400 highways had me completely oblivious to my normal chaotic external sound chamber with the AU-XT ANC masterfully isolating background noise, leaving me in a blissful quiet as I engrossed myself in my Grateful Dead playlists. Ausounds says their noise cancellation circuitry achieves -28db of noise reduction for an almost soundproof listening experience.

The AU-XT ANC have a 500 mAh battery providing 25 hours of total listening or 20 hours with ANC activated. Battery life can be greatly extended with Bluetooth off, using the supplied 3.5mm analog cable for a direct connection to your listening device.  A full battery charge is accomplished in under two hours via USB-c charging and a 15 minute charge will give you three hours of playback, just enough to get you from Toronto Pearson to Miami when the joy of flying resumes.

While driving the VW, I had Siri activate a number of calls using the headphone’s AI voice assistant technology.  I have never had it so good hearing a call, however, the recipients of my calls did mention that I sounded like I was in my car. However, when I normally take a call in the bus, I’m asked if I happen to be in a tornado, so the AU-XT ANC certainly improved my delivery and all said they could still acceptably hear me.

We have written extensively of the challenges that a new brand will face when they try and join the established players in an established category however, those uphill battles certainly improve when a company offers a premium product with all the bells and whistles at an affordable price.  I like to test gear before I know the price, that way I can guess what I think would be a good price to value.  The Ausounds AU-XT ANC have a similar fit and feel to the Bose Quiet Comfort 35 that are in the $400 range, so my guess with Erikson was that the AU-XT ANC being a new brand would be a great deal at $379.  That’s when they told me that the MSRP is $299.  Ausounds not only have an impressive product rollout with a second over-ear planar magnetic ANC out later this year they also have Bluetooth audio sunglasses, that we will see in the fall. I am shocked at the price! Ausounds are taking off the gloves pricing themselves 25% below to other headphone brands offering a similar feature-set.  This brand roll-out is reminding me of when Samsung introduced TVs or Hyundai introduced cars – over engineer, add all the options and price lower than your competitors.  This will be a brand to watch and provides incredible value for the money.