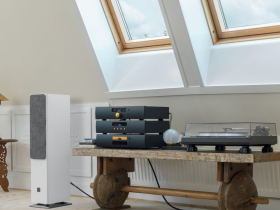 Did you know that Bitmoji is Canadian? The company that turns your visage into an adorable online avatar was founded in Toronto 15 years ago. Since then, more than one-billion Bitmojis have been created around the world.

The first version of Bitmoji was released way back in 2007: fans might recall that is known know as Bitstrips back then, where you could create a cute, personalized comic strip with your avatar. Eventually, the company evolved into digital stickers with personal emoji characters, which became known as Bitmoji.

The idea was to allow people to express themselves visually, being able to emote and react with something more personal than the generic (though now slightly more expressive) emoji keyboard.

The company says that more than 250 million people continue to use their Bitmoji daily. Of course, the company now sees competition from innovations like Apple Memojis and the whole concept of the metaverse. But we won’t go there.

In celebration of the launch, Bitmoji has released some fun and informative stats that indicate how far the company has come, and who its users are. More than 75% of the 13-24 Gen-Z population has a Bitmoji avatar and the community has sent more than 160 billion Bitmoji stickers.

What was the most popular Bitmoji sticker used by Canadians this year? That would be the one above, suggesting Canadians are a happy, laughing bunch who like to share lots of jokes.

There are many ways to personalize a Bitmoji beyond your personal facial and body features: there are more than a trillion possible outfit combinations, including virtual items from top brands like Nike, Jordan Brand, Off-White, Levi’s, Converse, Ralph Lauren, Crocs, and Carhartt. When the Nike collection for Bitmoji launched, people used their avatars to try on Nike products more than two-billion times within the first two months.

We have clearly come a long way with Mark Zuckerberg working on the metaverse and brands of all kinds building everything from virtual stores to events, even musicians using their avatars to deliver concert performances (think Snoop Dogg and Enimem at the MTV Video Music Awards earlier this year.)

That’s a lot more advanced, of course, than my cute little Bitmoji (above) and what you can do with Bitmojis today. Nonetheless, those cute Bitmoji are among the first of their kind in this digital age, and we can be proud that the company is homegrown.

Whether it's a single parent or a pair, there are ...

Posted by by Christine Persaud 7 mins Ago