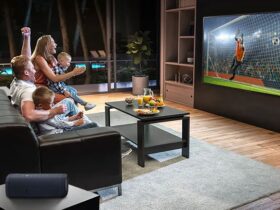 Netflix’s latest moves haven’t been going over well with subscribers. The company has been increasing prices consistently every year and, more recently, cracking down on password sharing. Netflix reported having lost 1.2 million customers in the first two quarters of 2022. But the latest news of a basic plan with ads might actually be a good thing to help reinvigorate the company, as much as the plan suggests that streaming is headed back to the format of traditional cable.

This quarter, Netflix reportedly added 2.4 million subscribers, beating expectations. This jump doesn’t have anything to do with this new plan, which will officially launch next month. It’s the result of people signing on to see massive hit shows like Stranger Things, which released its latest season in May and July, and Dahmer – Monster: The Jeffrey Dahmer Story, which became Netflix’s second-biggest English-language series this quarter. Will this new plan entice those subscribers to actually stay aboard and convince new customers to sign up? The remainder of 2022 will be a good indicator of that.

Do We Want Commercials?

The reason streaming services like Netflix became so popular, after all, was because they didn’t contain commercials. Instead, TV viewers traded those in in favour of paying a subscription fee to gain seemingly infinite access to a wide breadth of content. Subscribers were only at the mercy of their wireless Internet plan and bandwidth allowance. Today, wireless home Internet plans are far more generous than they used to be to accommodate an increase in streaming (they have increased in price as well). And the available content on services like Netflix has grown tenfold, which justifies the price increases, which is still well below even the most basic cable package.

Streaming led to a rise in cord-cutters who have long done away with cable and satellite TV altogether. For live sports, local news, and other non-scripted programming, they turn to add-on subscriptions, tapping into over-the-air channels, and methods that shall remain unnamed. Commercials have largely become a thing of the past: even cable/satellite TV subscribers enjoy a wonderful invention called the PVR (DVR in the U.S.) that allows for skipping right by those pesky fast-food restaurant, medicine, and toy ads. We get enough exposure to these brands through sometimes blatant product placements in movies and shows anyway, not to mention YouTube, which has fully embraced an advertising model.

In offering a basic subscription with ads, which will cost $6/mo. in Canada and launch November 1, Netflix is proposing a solution to the middle-ground area we find ourselves in now: an ultra-cheap option that is far cheaper than any cable package you can find and still gives you access to most of everything Netflix has to offer. Plus, you get time to refill your wine or pop into the bathroom.

What to Know About Netflix Basic with Ads

Netflix Basic with Ads will be available in a dozen countries, including Canada, the U.S., Australia, Brazil, France, Germany, Italy, Japan, Korea, Mexico, Spain, and the UK. Subscribers will still get access to most of the same content, with video quality that maxes out at 720p HD. But content will include four or five minutes of ads per hour, each in 15-30 second breaks.

For the most part, subscribers will have access to the entire Netflix library. But some content will be missing “due to licensing restrictions,” says Netflix, though the company claims it is “working on” clearing those to make the content available. Nonetheless, it would be frustrating for someone to sign up just to be able to watch a particular show or movie only to find out it isn’t there (naturally, any Netflix original would be available). With this plan, you also won’t be able to download titles for offline viewing.

Considering this plan equates to about 30 seconds of ads every 7.5 minutes, that’s not a huge deal. But it will take viewers back to the old days of being forced to endure ads for fear that if they walk away, they might miss a pivotal moment in the show. (Thankfully, there’s always rewind and pause.)

The delta in price between the Basic with Ads and Basic without is $4/mo. or $48/yr. which, for some, is the difference between subscribing or not, or being able to have both Netflix and another service, like Crave or Disney+.

Netflix has nothing to lose here. Selling ad space and implementing the content into its UI takes time and money, of course. But given the tremendous savings, it’s possible Netflix Basic with Ads could quietly gain traction. It will effectively be the most affordable major streaming service in Canada. Maybe you couldn’t afford Netflix at $10/mo. for yourself alongside Disney+ for the kids, but at $6 for Netflix Basic with Ads, you can swing it.

We’re already dealing with ads on sites like Facebook and Instagram: every third item in your news feed, after all, is probably an ad for something you don’t want or need (or, depending how well the algorithms work, is exactly what you want). So why not your TV, too? Netflix should call it the retro option, as it’ll take subscribers back to the days of TV yore.