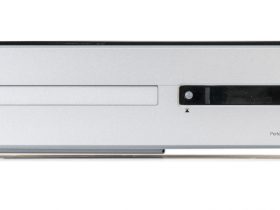 Intel’s 13th generation Core processors codenamed Raptor Lake are now available in retail channels and will soon unleash their technology in desktops and laptops worldwide. You can catchup on what these chips are about in my Intel announcement story a few weeks ago here.

Today I get to share my experience testing the new flagship 13th Gen Intel Core i9-13900K and more mainstream Core i5-13600K desktop processors Intel provided us with. These and sibling Core i7-13700K are the first of a series of different skews varying in performance and prices for more desktop and laptop PC’s in the next few months. The K denotes unlocked for overclocking, allowing users to speed their PC’s performance by tweeking settings.

Are 13th Gen Intel chips for you?

Not so fast folks…a precursor on what is different about these new processors which share the same Intel 7 processing architecture technology with last years 12th Gen hybrid chips. Only more of it, allowing faster single and multitask processing. They are also ready for next generation PCIe 5.0 peripherals like Graphics cards and internal SSD hard drives, out later this year.

How does Hybrid Technology Work?

The flagship Intel Core i9-13900K brings up to an additional 600MHz of peak boost clock speed – meaning 5.8 GHz out of the box (no overclocking needed for most folks) and faster and more Efficiency Cores on board (now up to 16)  as well as larger memory caches frequently accessing repetitive data.

Here’s how the three processors are armed:

All the Stars Are Lining Up for Intel

Despite the sexiness of competitor AMD’s much smaller nanometer chip production size, the Intel 7 processing chip fab process now in its 3rd generation superFin transistor technology with the Hybrid core idea has brought the chip giant back in the game.

Does the 5.8GHz out of the box make the Core i9-13900K the world’s fastest desktop? Yes, it does but in quick peaks settling in to a constant mid 5.4 GHz range in my benchmarks.

Intel is poised to challenge AMD in another important way. The Core i9-13900K, $820 compared to the AMD’s just as capable Ryzen 9 7959 X, $970. 13th Gen Intel processors work with last year’s older Z600 motherboards compared to the new mobo this Ryzen processor needs, making Intel a financially attractive deal. Intel claims that forgoing the new Z790 motherboard for last years Z6** motherboards like my very capable Gigabyte Z690 Aorus, does not impede the chip’s performance. I have not noticed or heard otherwise.  The new Intel processors support older but more affordable DDR4 RAM and faster DDR5 RAM compared to only DDR5 that works with the new AMD chip.

But not all with the 13th Gen Intel processors is rosy.  The Intel Core i9-13900K is fast but bites back when you push performance limits. The downloadable Intel Extreme Tuning Utility works in Windows (no more messing around in the motherboard’s BIOS folks) and is designed for the most aggressive overclocking for fanatical users but also includes a safe one click Intel Speed Optimzer for beginners. The challenge here is that Intel has pre-overclocked its processor anyway, for that 5.8 GHz speed leaving very little room for overclocking unless you invest several hundred bucks for the best liquid coolers. I found very little perfomance using Intel Sped Optimizer as I already was in my thermal envelope threhhold….but read below.

I used a better than average Gigabyte Aorus Waterforce X 360 water cooler (three large fans and larger diameter tubes) but could not do better than Intel’s safe Speed Optimizer…but I two ice cold packs placed on front of my PC three input fan case gained me two degrees cooler idling temperature. This barely got me a 1% increase in performance across most apps…crazy! Some of my fellow global reviewers had exceeded thermal limits too, running their test PC scrambling for better and pricier coolers.

Really folks, overclocking is synonymous with bragging rights. Not normal computing most of us, myself included, want for everyday computing. But I do like having an in-the-box 600MHz speed boost to 5.8GHz from last years 12th Gen flagship with no screaming cooling fans or manual overclocking and safe reset failures. At Intel’s Israel very active chip design and manufacturing facilities in September, I  was fortunate enough to see live overclocking of the Intel Core i9-13900K from its out-of-the-box 5.8GHz to an out-of-this-world constant 8.221GHz by keeping a makeshift large cup over the CPU, overflowing rapidly with melting frozen Nitrogen!

Beware of a Power Hungry PC

Food for thought: Although Intel claims to have the same TDP 125W thermal wattage limitations as last year’s 12th Gen chips, my tests showed frequent more than twice the wattage jumps when pushing the processor.  Intel might be turning a blind eye to this now. But there is an eco-driven push to limit watt guzzling home appliances worldwide like Europe’s recent ban on Samsung’s 8K TVs. Expect OEM desktops with top performing chips to have their wattage wings clipped. Your option is to build your own PC or have it done at specialty stores in every city like Memory Express in Edmonton and Calgary where I live.

Good computer performance relies on more than a CPU, like fast RAM, SSD hard drives, new motherboards etc. Ever wonder, instead of assembling pricey new computer parts for a next gen CPU like I do every year, you just popped in the new CPU? How much faster would it be? A real apple to apple comparison, no?  Well, that’s exactly what I did…switching last year’s Intel Core i9-12900K CPU with the new Intel Core i9-13900K leaving everything else intact.

Here are some of my results with no overclocking:

These are good performance numbers across the board in different types of computing, although the huge, 300,000 iterations per second Excel file poor showing baffled me.

Interestingly, the Core i5-13600K for only $420, is seen as the best bang for your buck posting respectable benchmarks, some breathing down last year’s  12th Gen i7 neck!

This time Intel came out of its corner cores-a blazing with more knockouts to its credit than AMD’s best.