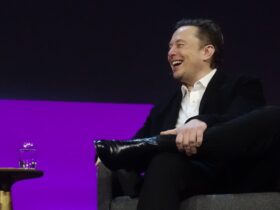  Elon Musk is Buying Twitter for US$44 Billion: What Does This Mean?

Both earphones use Campfire’s signature 3D printed acoustic chambers and precision matched drivers. Holocene’s sound profile offers an even, balanced frequency response across its entire range, while Mammoth is described as being “bold and vibrant, ideally designed to deliver an enhanced listening experience to the person who likes to turn things up and feel the bass, mid, and treble in all the right places.”

Each is machined from aluminum, connected with black tri-lobe screws, finished with a black PVD stainless steel spout, and completed with the company’s custom beryllium MMCX connectors. Campfire has also given Holocene and Mammoth unique glow-in-the-dark elements on the earphones and cable overmolds. The units also ship with a custom-designed zipper case made of SEAQUAL upcycled marine plastic with glow-in-the-dark features and unique patterns on every case.

“When we designed Holocene and Mammoth, we soon discovered each had its unique voice, and both had something special to offer the discerning listener,” says Caleb Rosenau, Vice President of Campfire Audio.

Designed and assembled in Portland, OR, the Holocene boasts a triple balanced armature earphone design with an SPL of 94dB @ 6.99 mVrms and 5.4 ohm @ 1K impedance. Frequency response is 5Hz – 20kHz. Available in an ‘Umber’ colour with glow-in-the-dark overmolds and a 3.5mm plug with a “Smoky Glow: silver-plated copper litz cable, it comes with the new “Epoch” carrying case. It sells for US$649.

At US$549, the Mammoth is also designed and assembled in Portland, using globally sourced components.Custom balanced armature for highs, a single custom BA for mids, and a new custom 10mm bio-cellulose diaphragm dynamic driver are included. SPL is 94dB @ 18.16 mVrms, earphone impedance is 8.1 ohm @ 1K, and frequency response is 5Hz – 20kHz. They come in a “Frozen Tundra Blue’ colour with a 3.5mm plug, glow-in-the-dark overmolds, and the same “Smoky Glow” silver-played copper litz cable and “Epoch” carrying case.