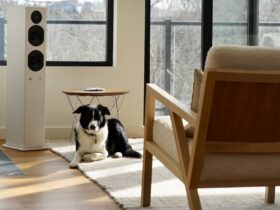 Hands On: A First Look at KINPlay Tower Speakers and the Gen-2 KIN Amp

Cineworld Group plc is calling off its proposed acquisition of Cineplex Inc., citing “certain breaches of the arrangement.” But Cineplex is calling foul, saying that it believes Cineworld has no legal basis to terminate the Arrangement Agreement and that Cineworld has breached its contractual obligations.

Cineworld says that “a material adverse effect has occurred with respect to Cineplex. As a consequence of these matters and Cineplex’s unwillingness to cure the breaches, Cineworld has notified Cineplex that it has terminated the Arrangement Agreement with immediate effect. The Acquisition will therefore not proceed.”

Cineworld plans to “vigorously defend” any allegations against the company and has also reserved its right to “seek damages from Cineplex in respect of Cineplex’s breaches of the Arrangement Agreement, which, in addition to the occurrence of the material adverse effect, gave rise to the termination.”

Cineplex says it will commence legal proceedings promptly against Cineworld and seek damages. In the Termination Notice, notes Cineplex, Cineworld alleges that Cineplex was “failing to operate its business in the ordinary course.” Cineplex notes that the Arrangement Agreement explicitly excludes any “outbreaks of illness or other acts of God” from the definition of material adverse effect and all of Cineworld’s allegations stem from an outbreak of illness and act of God (COVID-19). Cineplex believes that Cineworld’s allegations represent buyer’s remorse and are an attempt by Cineworld to avoid its obligations under the Arrangement Agreement in light of the COVID-19 pandemic.

Since May 7, 2020, being the date Cineplex announced that it was relying on the blanket relief provided by the Canadian Securities Administrators to delay the filing of its interim financial statements and related management discussion and analysis for the three month period ended March 31, 2020, Cineplex says there have been no other material business developments.