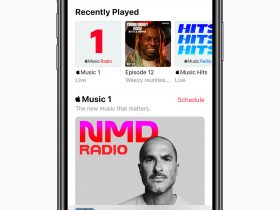 The day after Sound United announced that it has entered into a preliminary letter of intent to acquire Bowers & Wilkins, the premium audio company, also referred to as B&W, released its own statement saying that discussions between the firms are still in their early stages.

“Discussions between Bowers & Wilkins and Sound United are at an early stage with a view to consolidating our premium brands into a new group offering even better consumer opportunities,” says Geoff Edwards, CEO of Bowers & Wilkins in a prepared statement. “If our discussions are successful, combining Bowers & Wilkins’ engineering and manufacturing expertise in the premium category with the breadth of resources and capability of Sound United could certainly be a transformative step for both brands. It would allow the Bowers & Wilkins team even greater opportunities to focus on what we do best – building the industry’s finest loudspeakers.”

“B&W is a transformative brand, and we look forward to the opportunity to finalize the transaction,” says Kevin Duffy, CEO of Sound United. “This reflects Sound United’s unwavering focus to achieve its mission of bringing joy to the world through sound.”

In its statement, Sound United said that the proposed transaction remains subject to ongoing discussions, confirmatory diligence, regulatory approvals, and other required consents.

Further updates in relation to the status of the proposed transaction at the appropriate time. Bottom line: things aren’t set in stone until the Is are dotted and the Ts crossed, so to speak. And that doesn’t always happen as planned. Last Fall, for example, Sound United had announced intent to acquire the home audio divisions of Pioneer and Onkyo but that ended up falling through.