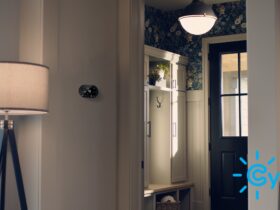 I have been using a Dyson vacuum for years. When we moved out of the city, it came with us to our new home. It has been docked on the wall in the kitchen ever since – that’s going on seven years! It still works great (albeit with a replacement filter). So, is there a reason to upgrade?

Dyson consistently releases new models every year, but the latest editions have really turned heads. That’s thanks to not only more powerful suction but also useful redesigns as well as the cool, new Laser Slim Fully Head that comes with some models.

Over the past year, I have had the opportunity to review a number of Dyson’s latest models, including the Dyson V12 Detect Slim Absolute, which I named among my favourite tech items of 2022. It was enough to convince me that an upgrade is totally worth it if you have been hanging on to an older model from five-plus years ago.

There are a few notable differences with the latest model Dyson vacuums compared to my 7+ year-old model, the Dyson V6 Absolute.

First are improvements in the design. The Dyson V12 Detect Slim has a power button on the front versus a trigger you need to hold down as you move it. This change admittedly takes some getting used to. But once you do, you’ll find it’s easy to navigate the vacuum while keeping your hand (and most notably finger) free. I often find with the V6 that I’ll accidentally tap the trigger from time to time, and this eliminates that small annoyance. Keep in mind, however, that some other new models in the line still maintain the trigger design.

The new models include an easier to use, more hygienic emptying bin that makes it simple to eject dirt, dust, and debris from the bin. While some bits of hair and other debris can still get stuck at the top of the bin, requiring that you manually remove it, for the most part, the emptying process is a breeze. It’s a slightly different mechanism that results in less dust blowing around once you push down to eject.

One of the newer cleaner heads included in the latest vacuums is the de-tangling Motorbar XL, which is designed to prevent hair from getting tangled in the brushes and slowing down the cleaning process. It works wonderfully and is an improvement over the cleaner head that comes with previous generation models.

From a cool factor standpoint, this cleaner head, which comes with several of the latest models including the Dyson V12 Detect Slim, takes the cake. Smaller than the standard cleaner head, it illuminates the hard flooring or tiles in green so you can see what you’re cleaning up in the dark. It’s a wake-up call as to how much dirt and debris might be on your floors. Further, a screen at the top of the vacuum housing shows a piezo sensor reporting the number of microscopic particles being picked up in real time.

It might come across like nothing but a gimmick, but the Laser Slim Fluffy head is a neat feature to help you determine what areas are clean and which ones might need another pass (and whether or not the kids really did vacuum when they said they would!)

Depending on the model, you get anywhere from 30% to 90% more suction than with older model Dyson vacuums, including the V6 model I have. It’s noticeable: in my testing, I cleaned out my hairbrush and dumped the hair on the floor (we don’t have pets) then ran both to see how well it was picked up. Before I even had the chance to run the Dyson V12 over the hair, it had sucked the clump up as if it had never existed. It’s no wonder since this particular model is one that is engineered specifically for households with pets.

Further. I found it was able to grab dirt and debris from the corners of the kitchen floor where it meets the cabinets and walls, powerfully sucking up crumbs the old vacuum would sometimes miss.

While Dyson cordless stick vacuums are likely used for quick cleanups and daily passes of a room or two, sometimes, you want more. There are times, for example, when we’re using it to clean the theatre room in the basement, my son’s playroom, and the two sets of stairs in the house. Before we can get through it all, chances are the battery has died and we need to recharge, tend to another task, then pick up where we left off an hour or two later.

The newer models boast at least an hour of runtime per charge, with some models offering up to two hours via swappable batteries. What’s more, the screen at the top also provides an indication on the remaining battery life so you can plan accordingly once you see how much time you have left.

It’s definitely worth upgrading to a new Dyson cordless vacuum if you have been holding on to an older model one for years. Move the older one to a different room, like in the basement, and continue to use it for quick clean-ups.

You’ll find plenty of value in a newer model, particularly if you can find one on sale. With the holiday season and Boxing Day in full swing, chances are you’ll come across a few.

My recommendation: the Dyson V12 Detect Slim is the perfect middle-of-the-road option for both small and large families. It comes with all the features and attachments you’d need and want along with a lightweight design so anyone in the family can use it, even kids. They’ll especially love the Laser Slim Fluffy head!

For larger homes and greater cleaning needs, however, opt for the Dyson Outsize, which offers 90% more suction than the Dyson V8 (which is two models ahead of the one I have!) along with double the typical runtime at 120 minutes, an extra-large bin, and plenty of accessories, though it uses the original trigger button versus the on/off power button design of the V12 Detect Slim. It doesn’t, however, come with the Laser Slim Fluffy Head and might not be the best option if you have pets who are heavy shedders.

If suction power is the biggest concern, like if you have high-traffic areas in the home that tend to get messy or pets that love to shed, opt for the Dyson V15 Detect Slim. It’s virtually identical to the V12 in features but it’s a bit heavier, has a larger bin, and comes with two more accessories. It also adds Dyson DLS technology that can sense and adapt the cleaning for all floor types. This model, however, has the original trigger button for operation.