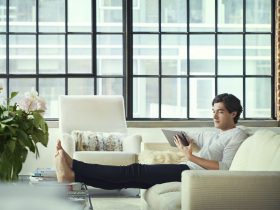 “We are looking forward to joining forces with Premier Mounts,” says Brian Wagner, President, and CEO of Gamber-Johnson. “Gamber is a market leader in mounting technology in mobile environments where Premier is a leader in mounting displays in static environments. The combination of these two market leaders will genuinely create results greater than the sum of its parts. Gamber’s resources and commitment to ‘Ruggedness, Reliability, and Responsiveness” will highly complement Premier’s years of experience and innovation.”

With a 45-year history in the AV industry, Premier Mounts founder and CEO Len Dozier built the company up to a catalog of more than 1,000 different products that are sold through 2,000 resellers worldwide and online. “Len is highly respected in this industry and we will miss his experience and knowledge on a day-to-day basis,” says Curtis Rose, Director of Marketing at Premier Mounts. “But he is leaving a lasting legacy of professionalism, product design, and leading by example through his capacity to continually give back to the community. We are so grateful for that.”

Premier Mounts will become a Gamber-Johnson brand with its main office functions remaining in Southern California.

“It has been a challenging year in the audiovisual industry on many levels and we are ready to jump into new opportunities with Gamber-Johnson’s ownership by strengthening and expanding our presence,” adds Brent Henderson, Premier Mounts General Manager. “The Southern California office will operate as one of Gamber-Johnson’s Quick Response Office Cells which is part of Gamber-Johnson’s responsive organizational structure promoting quick decision making and responsive customer service.”