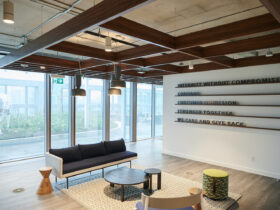 You might have heard all the hoopla surrounding the launch of the HBO Max streaming service in the U.S. today. But sadly, it doesn’t apply to Canada. That said, many of the service’s original series will be made available to Canadians through the Crave streaming service.

Bell Media has confirmed the first wave of HBO Max series that will be coming to Canada in line with the U.S. May 27 launch of the service. These include the romantic comedy Love Life starring Anna Kendrick, the kids crafting competition Craftopia, which is hosted by Canadian YouTube sensation Lauren Riihimaki (LaurDIY), and the underground ballroom competition series Legendary. All series will be available day and date with their U.S. premieres.

Canadians will be able to see the first three episodes of Live Life on Wednesday, May 27 followed by new episodes every Thursday. It represents the first full-length scripted series to star Oscar nominee Anna Kendrick, is about the journey from first love to last love, and how the people we’re with along the way make us into who we are when we finally end up with someone forever. The anthology series will follow a different protagonist each season.

The first eight episodes of Craftopia will be made available at launch with LaurDIY leading child contestants aged 9-15 in crafting their dreasm in a magical studio. LaurDIY has been dubbed the “Millennial Martha Stewart.”

Pulling from the underground ballroom community, Legendary will look at voguing teams competing in balls and showcasing crazy fashions in order to receive “legendary” status. The first two episodes will premiere initially followed by news episodes every Wednesday.