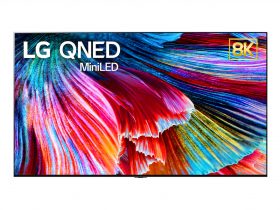 Hisense has introduced its new 2021 line-up of home AV products, including laser and other TVs, including the premium ULED Series along with soundbars.

Lindsay Takashima, Vice President of Sales at Hisense Canada, says the brand is now among the top-five TV brands in Canada and was the “fastest-growing among the top five brands by units.”

“The company’s continued growth and rapid rise in rankings is a testament to our success in Canada,” he adds. “We’re continuing to build on our high-performing and high-quality products to bring even more options to the market in 2021 for consumers to have a premium viewing experience.”

Hisense’s U9DG Series features the brand’s Dual-Cell technology, which works by layering a luminance control panel behind the 4K panel to manage grayscale and colour more precisely. This television, which features over two million dimming zones, reaches a static contrast ratio of 150,000:1.

Hisense Roku TVs offer a customizable home screen, thousands of free and paid streaming channels, and advanced features like fast and easy search across top channels. The Roku home screen puts your favourite entertainment in one place so it’s easier to watch what you want, including live TV, news, sports, movies, popular shows, and more. The U800GR also features Apple Airplay, and alongside the voice remote, you can use Alexa-enabled devices and/or Google Assistant to control the TV.

In-bezel microphones and far-field voice offer smart home controls. With integrated Google Assistant, the U88G series can control lights and thermostats, add items to grocery lists, or pull up and play favourite shows – all without needing a voice remote. The Android TV platform brings more than 400,000 movies and shows, plus video streaming from Netflix, Disney+, Amazon Prime Video, YouTube, and others. The U88G will be available in 55 and 65-inch sizes.

The U78G Series brings upgrades in picture quality as well, including 120Hz refresh rate, 6,000:1 contrast ratio, and 1,000 nits peak brightness. Like the U88G, it offers IMAX enhanced, Filmmaker Mode, Dolby Vision IQ, and HDR10+/HDR10, along with premium audio enhancements such as Dolby Atmos and eARC; and it’s WiSA Ready.

The new U78G Series also features Android TV, built-in Google Assistant, and the addition of far-field voice control so you can adjust the lights, turn up the volume, order a pizza and do far more right from the TV, using your voice.

Hisense is also offering a variety of screen size options for its new A68G 4K Smart TV Series, from 43 to 85-inches.

The HS214 includes Pure Surround for hearing detail outside the screen, “from the loudest explosions to the quietest sound effects,” says Hisense. The HS218 comes with four speakers and professional master-level sound effect tuning. The HS512, meanwhile, includes Dolby Atmos for presenting individual sounds from all directions.

Hisense soundbars also feature EzPlay which allows you to control the soundbars with a Hisense remote. EzPlay will be available for all current and new soundbars through a software update and will be compatible with the U78G, U88G, and U9DG Series TVs.

The U9DG Series and U800GR series will be available in the Fall; the U88G series in May, the U78G series in the summer, and the soundbars this Spring. The U68G and A68G series as well as the L5 Laser Cinema are all available now.