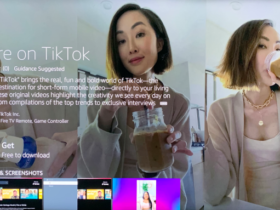 You Can Now Get TikTok on Amazon Fire TV in Canada and the U.S.

PROS: Feels nice to hold, has no camera bump despite having four cameras, takes impressive selfies and is affordable.

CONS: Can be outgrown quickly, has feature limitations of pricier phones, is not water resistant, only 60Hz screen refresh.

TV and soundbar maker TCL just launched the TCL 20 Pro 5G in Moondust Grey, $850 and TCL 20s $460 in Canada everywhere with some impressive specs in a mixed bag of older chips, slower performance and slight-of -hand processing tricks to give your selfies and picture taking more punch.

Available everywhere, TCL raised eyebrows by giving away a 55” 4K TCL Android TV with a market value of $549.00 until May 20 with the purchase of a TCL 20 Pro 5G. Is that celebrating confidence in your product or a way to scream “buy this great phone” to shoppers who never heard of the company before.

Check out more on the TLC 20s

The Price Trade Off – What is Good

Let’s start off with what most folks will like with the TCL 20 Pro 5G. With mid-price phones there’s always features missing so it depends on your comfort level of what are must features on a phone.

Promoted as an affordable phone camera with a slick online presence the TCL 20 series  is for folks wanting to get a more serious start in photography.  But it  can be outgrown quickly because of some baked in quirks and inadequacies.

When shopping for budget phones from well known phone makers or less prominent brands its wise to take your time and compare…not just the features that are there but the ones that aren’t.