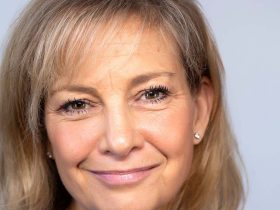 Today Intel announced the 11th Gen Intel Core mobile H-series and Intel Xeon W-11000 for the next generation of laptops that will rival current desktop PC’s.

Intel said that based on 10 nanometer SuperFin process technology, the new processors will deliver the highest-performance in laptops for gaming, content creators and business professionals reaching speeds of up to 5.0 GHz.

What Can the New Processor Do

Additionally, a graphics Dual Embedded Display Port is integrated for power optimized companion display. The 20 PCIe Gen 4.0 lanes work with Intel Rapid Storage Technology bootable in Raid 0, a process of combining multiple memory drives into one for even faster writes and reads.

• Intel Hardware Shield — available exclusively on the Intel vPro platform, provides the world’s most comprehensive hardware-based security for business, and the industry’s first and only silicon-enabled artificial intelligence threat detection to help stop ransomware and cryptomining attacks for Windows based systems. It is also equipped with Intel Control-flow Enforcement Technology, a groundbreaking technology to help shut down an entire class of attacks that long evaded software-only solutions.

Diversity of Designs and Availability