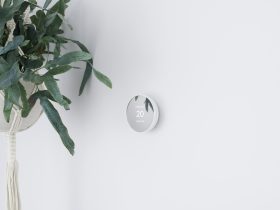 iFi has announced the expansion of their portable line of headphone DACs with the launch of the GO Bar. iFi’s DAC/headphone amps have formed a cornerstone of the company’s product range since its formation in 2012. Last year, iFi introduced the GO blu, first in a new line of ultraportable, pocketsize DAC/amps called the GO Series; now it’s joined by the GO bar.

Like the GO blu, the GO bar is also pocketable, in a lightweight alloy enclosure that measures 65x22x13mm and weighs 28.5g. But, while the GO blu focuses on Bluetooth connectivity to devices like smartphones when you’re on the go, the GO bar physically connects to source devices via USB.

The GO bar’s digital audio circuitry is based around a 32-bit Cirrus Logic DAC chipset with advanced multi-bit modulation. This is coupled with a customized digital filter to minimize pre-echoes and ringing artifacts, and iFi’s GMT (Global Master Timing) precision clock system to ensure ultra-low jitter, thus reducing errors and distortion in the digital audio signal.

The DAC is fed by a 16-core XMOS microcontroller, which processes the audio data received at the USB input. iFi’s in-house digital development team has programmed the XMOS firmware to optimize sound quality and ensure a perfect partnership with the Cirrus Logic DAC.Hi-res PCM is supported to 32-bit/384kHz, alongside DSD64, 128 and 256, and single- and double-speed DXD. The DAC’s architecture maintains DSD data in true native form, unlike other DACs that convert DSD to PCM.

The GO bar also delivers full decoding of MQA, the hi-res streaming technology. This means that the complete ‘three unfold’ decoding process is performed internally, as opposed to just the final unfold in the manner of an MQA ‘renderer’, which makes the GO bar an excellent choice for subscribers to Tidal’s ‘HiFi Plus’ tier where Tidal Masters (MQA) content can be found.

The GO bar’s analogue circuitry features a balanced design with a symmetrical twin-channel output stage. This topology, usually reserved for larger and more expensive amplifiers owing to its cost and complexity, reduces noise and crosstalk in the signal path by fully separating the left and right channels.

The amp’s design combines sonic purity with exceptional power with an output of 550mW (into 64 ohms) and 7.5V (into 600 ohms).  That’s enough current drive for 16-ohm headphones and sufficient voltage drive for 600-ohm headphones.

Further, user-adjustable sonic tuning is provided in both digital and analogue domains. Four bespoke digital filter options – Standard, Bit-Perfect (non-oversampling), Minimum Phase, and GTO (Gibbs Transient Optimized) – can be selected according to preference, while iFi’s familiar analogue processing modes, XBass+ and XSpace, can also be switched in or out of the signal path according to taste.

X Bass+ is a sophisticated form of ‘bass boost’ that enhances low frequencies without muddying the midrange, useful with earphones and open-back headphones that may lack deep bass. XSpace is designed to compensate for the ‘in-head localization’ effect that can occur when using headphones to listen to music that was mixed using a pair of speakers, effectively widening the headphone soundstage to deliver a more spacious and speaker-like experience.

Most ultraportable USB DAC/headphone amps offer little or no control via the device itself, with volume adjustable only via software running on the connected source device. The GO bar is different, its alloy case sports physical buttons for precise volume adjustment –which can be synchronized with the volume controls on the source device – together with controls to select between the various sonic tuning options. A column of colored LEDs provides a handy guide to the format and sample rate of the digital audio currently playing, and whether XBass+ and/or XSpace are engaged.

At one end of the GO bar is an asynchronous USB-C input, at the other resides a pair of headphone outputs. One of these is a fully balanced 4.4mm output, enabling headphones equipped with a balanced cable/connector to make the most of the GO bar’s balanced audio circuitry. The other is a 3.5mm output utilizing iFi’s ‘S-Balanced’ technology – this cuts noise and crosstalk by 50 per cent with regular single-ended headphone connectors. Both outputs are gold-plated to maintain contact quality over time.

To celebrate its 10th anniversary, iFi has created an eye-catching special edition of the GO bar. Limited to 1000 pieces, the GO bar Anniversary Edition (‘GOld bar’) replaces the standard version’s alloy enclosure with a copper chassis, further enhancing build quality and electrical shielding, and smothers it in 18ct gold plate. Power supply filtering is also further enhanced, ensuring the Anniversary Edition – which, at 64g, is more than twice the weight of the standard GO bar becomes a statement piece.

Both the standard GO bar and the Anniversary Edition come with a generous accessories pack. Apple users will love the bespoke Lightning to USB-C cable, engineered by iFi so you don’t need to add Apple’s Camera Adapter dongle to use the GO bar with iOS devices, as you do with other USB DACs –thus reducing bulk and cost. Android users, meanwhile, will appreciate the USB-C OTG cable, which can also be used with USB-C-equipped PCs and Macs; a USB-C to USB-A adapter is also included, thus covering most bases straight out of the box. And there’s a leather travel case too, ensuring your GO bar is well protected wherever you choose to take it.

ifi is exclusively distributed in Canada by Motet.