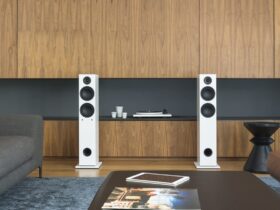 Steve reviews Intel’s new 10th Gen processors, selling now, and checks out whether they are as fast as Intel claims. See his pre-launch coverage last month.

I have been living with the “the fastest gaming chip on the planet” for the past several weeks. That’s the new Comet Lake 10Th Gen Intel Core S series i9 -10900K ($750) high end processor that screams to 5.3 GHz out of the box. I also have been trying its sibling i5-10600K mid-level processor $399. Available in stores now.

Was I blown off my seat?

Nope! The i9 – 10900K processor is a speed demon but is a rollercoaster ride of highs and lows.  The chip is beefed up to 10 cores and 20 threads rightfully claiming to be the fastest, reaching the ultimate 5.3 GHz. This means gamers don’t have to handle manual overclocking as they would with previous Intel chips. It has several other Turbo Boost scenarios listed below, but you will need a good liquid CPU cooler to keep this chip from overheating or you will be stuck below 5 GHz .

Here are the new “boost” options with the dreaded “up to” provisos:

• INTEL TURBO BOOST MAX TECHNOLOGY 3.0 up to 5.2 GHz for Dual-Cores

This Processor Delivers if You Can Keep it Cool

“Up to” is Intel’s disclaimer, meaning when the stars line up right. In this case, processor temperature current and memory must be below pre-determined levels, like under 70C, or there is less boost and thus the need for a good cooler.

These chips will only work on the new Z490 motherboard standard, one of Intel’s bad habits compared to wider range of AMD processors in the same motherboard type. Thankfully you can still use the older LGA 115X standard for heatsink coolers. Intel disappointed PC enthusiasts with yet one more aging 14-nanometre chip while competitor AMD is already producing cooler running and less power demanding 7nm CPUs and GPUs with more cores and threads.

But Intel’s over the top 5.3 GHz speed combined with fewer cores and threads than AMD’s still makes it the fastest processor…for now.

Intel packed every high-performance trick in the book to squeeze through its 14nm chips one more time, meaning more heat output and power draw…a lot of it. The i9 -10900K’s Thermal Design Limit of 125 (watts) is often surpassed. Despite a thinner Die Solder Thermal Interface Material to cut down heat, the chip has a penchant for higher frequencies above 4 GHz even when running simple tasks like Word. In benchmarking when the normally whisper-quiet chip turbo boosts in the 5 GHz range it is accompanied with the roar from eight combined fans from CPU and GPU coolers, case fans, motherboard fans and power box fans drawing more than 300 watts at peak times.

Still, it feels kind of nice to have this racehorse under my desk, ready for anything.

Should you buy it?

To buy or not to buy? Although Intel has cut CPU prices across chip core generations, gaming enthusiasts who also have other lives would be better served with the cheaper but loaded Ryzen 9 3900X CPU ($649) (with more Cores – 12, more threads – 24, and more L3 Cache – 64 MB but slower speeds 3.8 GHz / 4.6GHz). The Intel i9 -10900K will hold sway in the upper stratosphere of ultra-gamers where ego and the highest one-core 5.3 GHz stumps everything else.

Intel has included hyperthreading capability, key to multitasking, all the way down to its 10th Gen i3 chips. The average customer who wants a little bit of everything, including decent gaming and media creating will get the biggest bang for their buck with Intel’s 10th-gen i5-10600K over a two-year or older PC. See the last benchmarking section.

Unlike most media global processor testing producing pages of Excel benchmark results, I decided to simplify my reporting. Still testing every setting of Intel’s suggested benchmarks in the background, I averaged results in group categories when comparing new chips against each other. Like how much faster a twice as expensive CPU is. I also compared the mid-level 10th Gen i5-10600K against the two-year-old similar 8th Gen i5-8400 chip to help consumers decide whether to upgrade to a new 10th Gen chip from their two-year-old PC.

Here is the gear I used to test these processors.

These one-stop benchmarks recommended by Intel measured much of what a PC does. Keep in mind that these results are affected by the graphic card capability. In my case, the ASUS 2017 was used throughout.

The mid-level i5-10600K averaged a 12% lower score on the same benchmarks, at half the cost. It should be noted that during hours of stress testing, the i9 -10900K processor hovered at 5.11 GHz touching  5.3 GHz several times in PCMark’s Photo Editing test portion with a score on 14195.

These CPU-intensive apps highlighted both processors ability, regardless of graphics card used:

These scores are impressive. Respectively, the i5-10600K averaged 13.8% longer on the same tasks.

Multitasking rocks with 20MB L3 cache, 10 independent central processing Cores in a high state of GHz readiness, each ready to process instruction sequences from 20 Threads.  My makeshift multitasking test came closest to knocking me off my chair. Running three CPU-intensive apps from the previous section simultaneously – Adobe Premiere 2K video render, Adobe After Effects Video Content Aware Fill and Nero AI Photo Tagger along with a YouTube video took 291 seconds to complete. Running these apps concurrently took 340 seconds to complete, 17% longer!  That’s faster than running them one at a time.

The CPU and GPU depend on each other for the best gaming experience. The i9 -10900K certainly edged out last year’s i9 chips in CPU performance without requiring manual turbo boosting, done through motherboards like the ASUS STRIX Z490-E I used. 10th Gen Intel chips don’t leave much room for manual overclocking.

Here are some gaming benchmarks:

Intel’s built-in UHD Graphics 630 graphics capability in both the i9-10900K and i5-10600K is suitable for casual computing saving the cost adding an additional graphics card. With a maximum resolution of 4096×[email protected]  and support for up to three monitors, Graphics 630 handles Office productivity apps, YouTube, personal video chats 4K streaming movies and simple games like Solitaire.

But real gaming? Forget about it. Budget for several hundred to $2,000 for serious gaming cards.

The same CPU intensive apps from above: AI Photo Tagger, Adobe Premiere movie, Excel, Duplicate File Finder and Adobe After Effects averaged 32% faster on the newer i5-10600K. At worst, the newer chip was “only” 13.5% faster in productivity software, like Office. 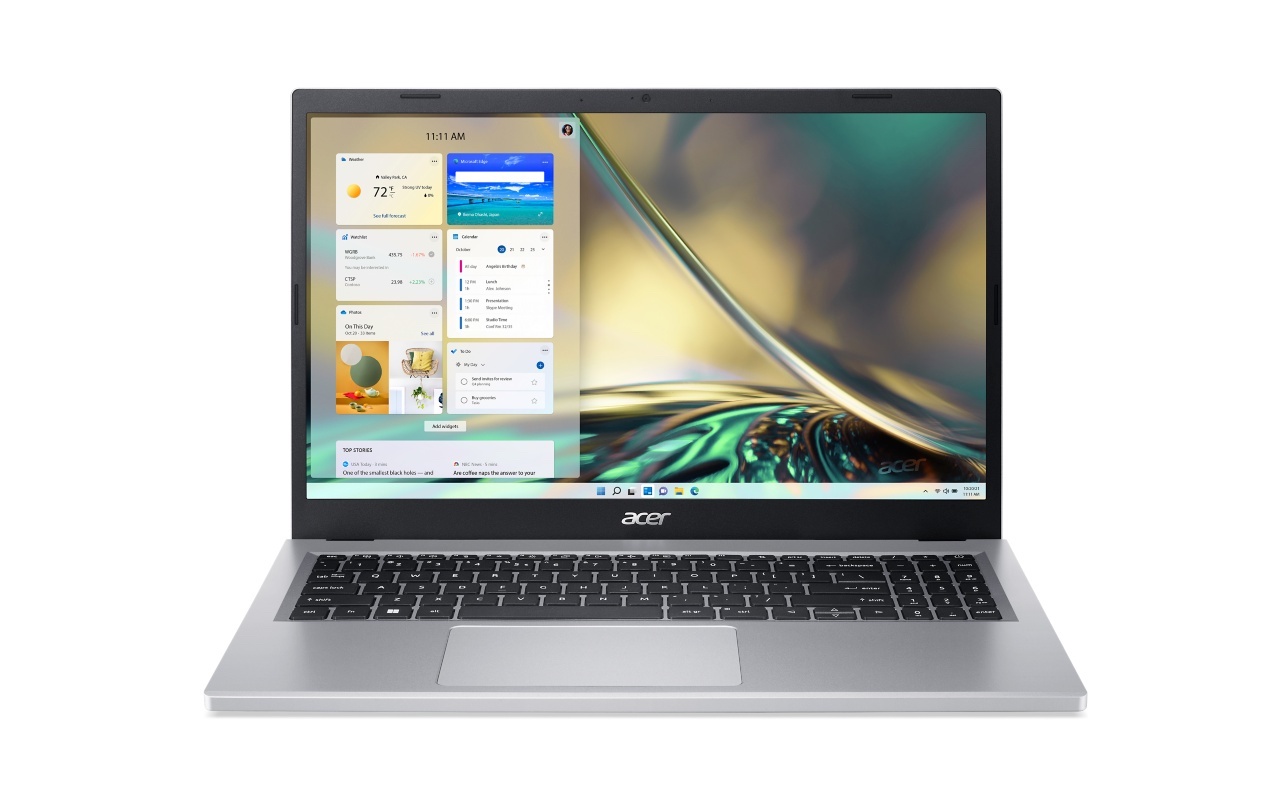 Acer has launched its new Aspire 3 laptops, which feature ... 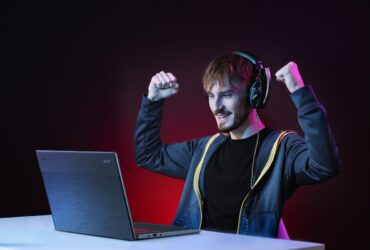 Whether they’re a serious gamer or someone who loves to ... 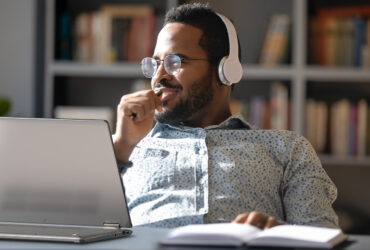 If you know someone who is prepping to set-up a ...