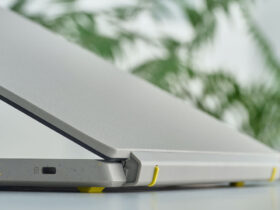 There has been much talk and debate about the television industry, how streaming has taken over, and if there’s still a place for traditional linear TV. There’s an argument for both sides, but let’s take a look at the landscape.

Statista finds that the global number of streaming service users was more than 1.02 billion in 2018, and that’s expected to rise to 1.24 billion by 2023. Meanwhile, findings from a Simon-Kucher study report that 84% of U.S. participants who have a high affinity for streaming have already replaced traditional TV with streaming services, and 62% even call the latter “irrelevant.”

Traditional linear television has a few major draws: allowing viewers to watch the hottest shows (that don’t originate from streaming services) in real-time, week by week, versus waiting until the season is done and missing out on the watercooler talk. Then there’s live sports, local news, and things like awards shows and reality series.

When Game of Thrones, the biggest show on television, ended last year, articles flooded the Internet with headlines like “how to cancel HBO now that Game of Thrones is over.” A traditional or pay network needs an anchor series to keep people interested. Without one, paying for a network to see shows that you could very well wait and catch up on later, just isn’t appealing.

But traditional and even premium networks are limited in their primetime slots, which means that sometimes, great series get cut. In the past, these series would end up in the television history books. Today, streaming services can swoop in like a knight in shining armour and save a popular show from getting the axe. Hulu saved The Mindy Project. Amazon Prime Video brought back The Expanse. Netflix revived Arrested Development and scooped up Designated Survivor after ABC cancelled the series in 2018. If you wait long enough, your favourite show might end up on one streaming service or another. And in some cases, shows are debuting concurrently. The CW’s Riverdale airs on the network after which each episode is made available weekly on Netflix. Ditto for Dynasty, which airs on The CW as well, after which each episode appears on Netflix the following day. ABC series Scandal also offered a similar week-to-week deal with its last season, airing on both the network then being available for streaming on Netflix. Interestingly, Shonda Rhymes, the force behind Scandal and other major hit primetime television series for ABC, has shifted over to Netflix and will develop new projects exclusively for the streaming service. These deals are adding more fuel to the irrelevancy fire for traditional TV.

“Growing numbers of viewers have turned their backs on linear television,” says Lisa Jaeger, media expert and partner at Simon-Kucher. “They increasingly prefer ad-free video streaming services, a trend that will impact TV advertising on a grand scale.”

The advertising space is already changing drastically on linear TV because of these shifts. In between content on late night talk shows like Jimmy Kimmel Live! and actual commercials are short, creatively scripted advertisement segments featuring Kimmel himself, or his sidekick Guillermo promoting different products. In sitcoms like Black-ish, it isn’t uncommon to see scenes within the show that are clearly designed as in-content ads that go above and beyond standard product placement, presented within the context of the dialogue. It might be the family discussing a feature of their new smartphone as the camera closes in on the device, or the dad using the connectivity features in his car, cleverly throwing in a mention of cool features in hopes that viewers don’t notice the blatant ad before the family drives off on their next adventure. We’ve come a long way from Kellogg’s cereal boxes in the background on Seinfeld.

Streaming services, of course, don’t include ads – yet. Some believe the addition of ads could spell the death of streaming. But what’s the alternative? These services can only raise their monthly fees so often and so many times before subscribers get upset. But it’s either see the monthly cost rise an extra buck or two annually in order to allow the service to remain profitable (or become more so) or deal with ads. Currently, Netflix’s top-tier 4K plan is $16.99/mo., a far cry from the $7.99/mo. price tag Netflix originally entered the country with.

Indeed, the Simon-Kucher study found that the top criteria for selecting a streaming service is high-quality content and price. Content exclusivity didn’t mean as much.

The study results indicate that nearly 40% of U.S. participants prefer paying a higher monthly charge in exchange for having no commercial interruptions to their viewing experience. Thirty-four percent indicated a willingness to accept a small number of advertisements in exchange for a lower monthly charge, and only 7% would prefer a payment model with a greater amount of advertising and no fees.

With new streaming options now available like Disney+ and Apple TV+ along with U.S.-only services like HBO Max and soon NBC’s Peacock, linear TV will have even more competition with which to contend. The study revealed that potential users had already at that time found the Apple TV+ offering to be attractive, with 31% of U.S. respondents stating they would definitely subscribe to it, 56% stating they would consider subscribing to it, and only 13% expressing no interest in it. What’s more, 41% said they would use Apple TV+ in addition to existing subscriptions; another 41% said they would use it in place of a streaming service to which they already subscribe. This year, with the COVID-19 pandemic and stay at home orders, streaming services have seen even more of an uptick.

“These findings are actually good news for the entire industry, with streaming providers having the chance to co-exist,” says Jaeger. “But to set themselves apart from competitors, they will need to commit to providing content that is attractive to consumers.”

But where does that leave linear TV? More options in streaming might not impact each service’s existing subscriber base, at least not to a significant level. But will it convince some to cancel their premium network TV subscriptions, or even basic cable, in order to justify the added monthly cost?

It may all come down to content. And with Game of Thrones out of the running, streaming options for sports on the rise, the younger generation relying on the “viral” moments from late night talk shows, reality series, and awards programming that they can get online, and news being offered through many mediums, linear TV will have an upward climb to keep subscribers hooked. Many networks have launched their own streaming alternatives in an effort to curb some of the losses, from CTV Go to CBS All Access and, as mentioned, NBC’s upcoming Peacock streaming service. But will it be enough? Linear TV channels might have an option to do the reverse of what streaming services are: pick up shows that they have cancelled. There was outcry when Netflix cancelled Sense8, and many fans were upset when the reimagining of One Day At a Time, featuring the incomparable Rita Moreno, got the axe. Not long after, linear network Pop picked up the latter and debuted a fourth season. While Netflix doesn’t reveal its viewership numbers, the sitcom clearly had a lot of fans.

Time will tell how things will play out, and how well streaming and linear TV can co-exist. In the meantime, while television provides entertainment that we all love to indulge in and is the core driver for many of the products this industry provides, from high-end home theatre speakers to gorgeous flat panel displays, where the content comes from is changing. And the bottom line is that the better the content is, the more people will be willing to pay, regardless of how and to what company. Just ask the people who paid an extra $10/mo. to get HBO as part of a Crave subscription in Canada, many of which who did so in large part, or exclusively, to watch Game of Thrones. Yes, just one show. That series might have been one in a million. But to keep subscribers on board, this needs to be the beginning of a new evolution in quality television if it is to keep linear TV alive. Home entertainment makes a great gift for both individuals and ...