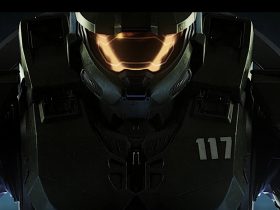 Xbox Series X Will Start At $379 in Canada

Today Intel celebrates the 50th anniversary of the Intel 4004 microprocessor. The chip-making giant earmarks dozens of historical technology milestones but the 4004 was special in many ways being the first commercially available programmable microprocessor which would change everyone’s lives in the near future.

The 4004 had a humble first application, a printing calculator called the Busicom 141-PF by manufacturer Nippon Calculating Machine Corp. The Japanese manufacturer approached Intel in 1969 to design a set of integrated circuits for its engineering prototype calculator. The plans called for 12 custom chips but Intel engineers Marcian “Ted” Hoff, Stan Mazor and Federico Faggin adapted the design into a set of four chips, including the 4004 programmable central processing unit (CPU).

Why Was the Intel 4004 Microprocessor So Important

That programable 4004 leapfrogged the then tedious process of programming custom-built logic into the physical architecture of a chip, a time consuming and expensive process. It would replace that archaic system with a general-purpose chip that could be mass produced and then programmed through its software to perform specific functions, such as those of a desktop calculator. It would make computing cheaper, more powerful and smaller in one fell swoop.

When the calculator launched in 1971, the tiny fingernail-size 4004 chip commanded attention worldwide with a unique feat: achieving the equivalent processing power that previously required computers that filled entire rooms. “It’s a story of shrinking things,” says Intel Senior Fellow Genevieve Bell. “And as you shrink them, you increase the potential of the places that they can go and the things that they can pass.”

What followed was exponential growth in power and size with a steep learning curve. “The 4004 was so revolutionary that it took about five years for Intel to educate engineers about how to build products based on microprocessors,” said co-inventor Mazor. “Intel was ultimately very successful in this endeavor, and the rest is history.” In 1971 Intel purchased the rights to the 4004 chip, a smart move that propelled the company in unparalleled growth. That’s when the Intel 4004 became the first general-purpose programmable processor on the market—a “building block” that engineers could purchase and then customize with software to perform different functions in a wide variety of electronic devices

Today, Intel’s latest 12th Gen Intel Core microprocessors are ingrained in almost every aspect of daily life for everyone. From laptops, smartphones, gaming computers, connected smart devices, microprocessor technology allows us to stay connected with friends, family and co-workers during a pandemic. to remove geographical barriers and to supercharge our leisure time. It plays a key role in all things Covid-19 from faster and less expensive coronavirus testing, genome sequencing to aid understanding epidemiology and building an ecosystem and multi-cloud back end to enable population scale COVID-19 diagnostics. This helped scientists predict outbreaks and improve medical management and administration.

“The direction of progress has not always been obvious,” co-inventor Faggin said. “The capabilities of, example, having a microprocessor of incredible capacity as a hearing aid, was not obvious 1971 but it is today.”

Where Microprocessors are Going

Microprocessors enable the convergence of the technology superpowers – ubiquitous computing, pervasive connectivity, cloud-to-edge infrastructure and artificial intelligence – and create a pace of innovation that is moving faster today than ever.

“This year marks the 50th anniversary of the 4004 chip. Think of how much we’ve accomplished in the past half-century. This is a sacred moment for technology. This is what made computing really take off!”

After the 4004 chip launch and Intel’s accelerated microprocessor growth Intel co-founder Gordon Moore made an observation and prediction called Moore’s Law – “the number of transistors on a chip roughly doubles every two years”.  Intel maintains Moore’s Law still holds with today’s processors upwards in the billions.