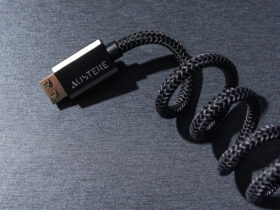 Back in the early aughts, if you were surfing the Internet, chances are that you were using Internet Explorer as your browser of choice. IE, as it is also known, had an impressive 95% usage share by the year 2003, which was its peak. But this week, Microsoft announced that it would officially be discontinuing Internet Explorer, finally putting a pin in a browser that not many people use anymore.

“After 25+ years of helping people use and experience the web,” writes Microsoft in its Windows Experience Blog, “Internet Explorer (IE) is officially retired and out of support as of today, June 15, 2022.”

IE is the web browser we often associate with the early days of the consumer Internet surge. But it was really Netscape that had the edge in the 1990s when the Internet was new and fascinating. When people were excitedly signing up for AOL after receiving those DVDs in the mail and listening to that screeching, iconic dial-up sound, it was eventually Internet Explorer they were often accessing. While Netscape had its moment in the sun, Microsoft used bundling tactics to increase the exposure and popularity of Internet Explorer, eventually taking over as tops.

However, it didn’t take long for other browsers to be released and give IE a true run for its money as the nature of computers, search, and the Internet on the whole, evolved. Today, FireFox, which launched in 2004, and Google Chrome, which launched in 2008, are popular options. Meanwhile, Apple Mac users swear by the Safari browser. What’s more, as smartphones have become a dominant way we surf the web, mobile browsers have risen up, most notably, Android and iOS. According to StatCounter, Google’s Chrome is the most popular web browser worldwide as at May 2022 with a massive 64.95% share, followed by Apple’s Safari (19.01%), and Microsoft’s Edge browser (3.99%). Also making a showing on the list is Firefox with 3.26% share, Samsung Internet with 2.85%, and Opera with 2.11%.

Internet Explorer, meanwhile, has a measly 0.38% marketshare, according to StatCounter, ranking below even Opera and Samsung Internet. At number-three, however, Microsoft’s Edge browser is making a solid showing. So, it’s no surprise that Microsoft decided to retire Internet Explorer in favour of Edge.

Microsoft introduced Edge in 2015 and announced that it would replace IE as its default browser, but only for certain versions of Windows 10. The final version of IE to be released was Internet Explorer 11. It was no longer in the start menu on Windows 11 computers but could still be accessed by users if needed.

In January 2020, Microsoft ended extended support for the browser, and in May 2021, the company advised that full support would cease as of June 15, 2022. That day has come. Now, Microsoft Edge with IE support will be used for legacy sites so customers can access sites using the “IE mode.” But all new products and services will be centered around Edge. All favorites, passwords, history, cookies, and other browser data for users still on IE can have it brought over to Edge.

Microsoft says it will support IE through to 2029 and provide advanced notice once it’s completely disabled, leaving its mark as a pivotal moment in web browsing history.

While most Internet users have long moved on, not thinking twice about the browser they use, it’s important to stop, tip a hat, and bid adieu to Internet Explorer. For years, it was the browser that served as our portal to the world wide web. It is what brought Google search results, rudimentary web pages, and a wealth of useful (and admittedly not so useful) information that we could access at our fingertips. So, thanks for the memories, Internet Explorer. But now, we’re living on the Edge.