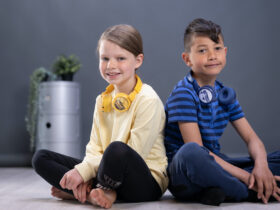 Members of the Koss family and key executives and directors sold more than $44 million in stock in Koss Corp during the past week when the company shares soared from the retail-investor buying frenzy.

Driven by the same buying craze that put mall retailer GameStop’s shares into the stratosphere, Koss too was pulled into the Reddit retail trading crowd that targeted stocks that were heavily shorted by Wall Street hedge firms.

Members of the Koss family own roughly 75% of the stock in the headphone manufacturer that is based in Milwaukee and sold $31 million of stock, according to filings with the Securities and Exchange Commission. Prior to the stock soaring on January 28 to over $120 per year the valuation of the entire Koss company was about $26 million.

Business network CNBC estimates the family sold between $19 a share to over $60 a share. Koss shares were trading for under $4 a share before getting on the Reddit retail trading radar.  At the end of trading day Thursday February 4th, the shares of Koss had fallen 26% but the company still maintains a current market valuation of $143 million or six times the value of the company less than two weeks ago.

The Reddit community that share stock picking strategies on the popular page called Wall St Bets, rallied to buy shares in companies that are heavily shorted, meaning, that mostly hedge funds have sold the shares before they own them, in anticipation of the share price going down.  By rally around these stocks, Reddit retail investors drive the share price up, forcing the hedge funds to buy the shares to minimize their short position.  The anthem among these retail investors is that they are sticking it to the man, and in the case of GameStop, some hedge funds lost billions having to buy shares that they had already “sold” at a much higher price.

While there is no suggestion of illegal activity from the Koss family massively benefiting from selling shares in their company, there’s a tremendous layer of irony that the small-time retail investors that were buying the Koss shares and driving the stock price up hoping to push pain on professional hedge funds would not have known it was the family that was actually selling the shares and have cashed out a share position worth almost double what the entire company was worth just a couple weeks ago. And they still own the company!

Great timing for the Koss family and an epic fail for the Reddit crowd trying to stick it to the man.