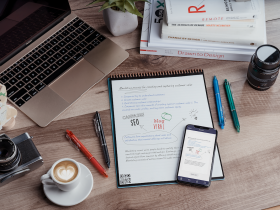 Cho was LG’s top strategist since 2019, and prior to that, he was responsible for establishing LG’s Business Incubation Center and fostering new businesses opportunities in the form of in-house ventures as well as start-up partners during his six-year tenure as president of LG North America.

Having joined Goldstar in 1987 and spending four years in LG’s overseas office in Germany, Cho has served in many positions at the company over the last three-plus decades, including serving as president of LG Canada, Australia, and the U.S. A graduate of Pusan University, he received his master’s degree in business from Yonsei University in Seoul.

Additionally, LG has appointed Kim Byoung-hoon as Chief Technology Officer as well as Executive Vice President. Dr. Byoung-hoon currently serves as the head of the Future Technology Center, and will simultaneously assume both roles as well as the new Information and Communication Technology leadership position.

Jang Ik-hwan, a 31-year veteran of LG, has also been promoted from senior vice president to Executive Vice President, and will assume the top position at the Business Solutions Company. Senior vice president Eun Seok-hyun, meanwhile, has been tapped to lead the Vehicle component Solutions Company as its third and newest President. He was previously responsible for growing the smart business division under the same company.

Going forward, the new leadership team will accelerate changes “focusing more on customer value in pursuit of growth with each business unit assuming greater responsibility,” says LG. Thus, LG will reorganize its Customer Satisfaction Management Center into the new Customer Value Innovation Office with oversight by the CSO. The role of the CVIO will be to more effectively identify and incorporate customer feedback and pain points into the product planning, development, and sales processes, the company informs. In addition, the Customer Experience Innovation Department under the Home Appliances and Home Entertainment Companies will be upgraded to Customer Experience Innovation Division.

Also, to discover potential growth engines and expedite future innovations, the M&A department under the umbrella of the Chief Strategy Office will be elevated to division level for more resources. LG’s Life Soft Research (LSR) department will also be promoted to Life Soft Re-search Lab to increase its influence within the Design Management Center.

To speed up its digital transformation process related to customer experience, LG will elevate the AI Big Data department to division level under the eye of the new Chief Data Office (CDO).

All appointments are effective December 1 with promotions going into effect on the first day of the new year.