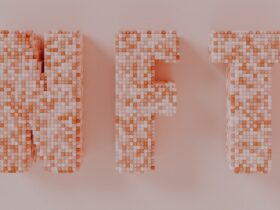 NFTs: What Are They and How Can You Use Them in a Retail Setting?

In place of a conventional serial number, a back-panel plate identifies the amplifier as a 95th Anniversary limited offering and cites the three-digit serial number as “### of 300.” With just 100 units allocated to North America, first deliveries will commence in June at a suggested retail price of US$11,995.

When Class B transistor amplifiers rose to prominence in the 1960s and ’70s, Luxman engineers were quick to recognize the pitfalls of related switching distortion, says the company. Audiophiles know this distortion occurs when output transistors responsible for one half of a musical waveform switch off and others are switched on to handle the other waveform half. Because this distortion occurs at the “crossover” transition between the top and bottom of all waveforms, Luxman explains, it’s particularly troublesome, becoming more prominent during quiet musical passages. True to its heritage, the L-595A Special Edition eliminates the problem with Pure Class A amplification, available up to its rated power into 8 Ohm loads. During Class A operation, the output transistors operate all the time – no duty cycle switching on and off. The result is music reproduction of stunning textural clarity.

Luxman incorporates the most advanced version of our Only Distortion Negative Feedback (ultimate) – ODNF-u – circuit, with improved error detection.