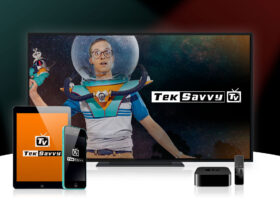 Following the release of the iconic Mission 770 in 1978, Cambridgeshire’s much-loved loudspeaker brand developed a ‘compact’ model that was more easily accommodated in typical British living rooms. Launching in 1980, the Mission 700 took the engineering principles that made the 770 such a breakthrough design and distilled them into a smaller package that could be manufactured in larger numbers and sold at a lower price – the result was deemed a ‘Brit-fi’ classic at the time.

In spring 2022, Mission resurrected the 770 in entirely re-engineered form, celebrating the company’s rich heritage and the ‘sonic spirit’ of the original whilst utilising modern techniques and technologies to elevate the speaker’s performance to a new level. Six months on and Mission is ready to deliver another reimagined classic – the new Mission 700.

“There is not a single element from the original Mission 700 that has not been greatly improved in the new version – from the cabinet to the drive units to the crossover network. And yet, it remains entirely faithful to the spirit of the original, in terms of technical ethos, sonic approach and appearance” stated Enzo Morelli, Vice President of Erikson Home, the exclusive distributor for Mission in Canada.. “Anyone familiar with the original design” adds Morelli “will immediately see the resemblance – the cabinet proportions, the white front bafflee and the Mission 700 logo are all instantly recognizable, albeit enhanced with new design touches such as the white mid/bass cone, larger flared port surround and hidden fixings.”

The black or walnut wood veneer and the front baffle’s lacquered finish have also been improved, and the new speaker is twice the weight of the original which reflects its enhanced construction.

Another familiar feature is the inverted driver arrangement. Until the original Mission 700 launched in 1980, two-way dynamic loudspeakers were invariably designed with the treble unit at the top and the mid/bass driver below. The 700 pioneered a different approach, placing the treble unit below the mid/bass driver – this configuration, known as IDG (Inverted Driver Geometry), became a Mission signature and is a cornerstone of the company’s speaker designs to this day.

IDG aids ‘time alignment’ – by placing the bass/mid driver closer to ear level with the treble unit positioned beneath, the path lengths from the two drivers’ acoustic centers are equalized so that the sound waves coincide at the listener’s head height. This improves stereo imaging and contributes to the speakers’ seamlessly coherent and transparent sound.

Every aspect of the industrial and mechanical design requires precise calculations to ensure optimal positioning, spacing and alignment of the drive units, in conjunction with the crossover design.

The new 700’s mid/bass cone is fashioned from polypropylene, the use of which in commercial loudspeakers was pioneered by Mission. However, this new 165mm cone uses minerals to make it stiffer than regular polypropylene diaphragms, yielding fast, tight bass that enables the listener to hear exactly how bass instruments are being played. From the power of hard-driving metal, dance or indie, to the intricacy of a string quartet, this new cone delivers the pace, extended response and low coloration to capture music’s energy, character and detail.

The entire mid/bass drive unit has been completely redesigned for the new 700, with the motor system upgraded to take account of modern power handling and dynamic requirements. Like the more expensive, recently launched 770, the driver is built onto a die-cast chassis with large rear ‘windows’ to reduce early reflections back through the cone.

Special care has been taken to marry a low-density nitrile surround to the cone, to match its impedance and reduce reflections from the cone edge. The cabinet and front-firing reflex port are tuned to a very low frequency, avoiding the ‘one note bass’ that is typical of some bass reflex systems. In addition, the port is strongly flared at both inlet and outlet to smooth airflow and eradicate distortion. Bass extends powerfully and cleanly to below 38Hz in room which is considered impressive for a speaker of this size.

In the original 700 design, Mission focused on the midrange performance, which was always the strength of hi-fi reproduction from vinyl records. For today’s digital sources and superior turntables, the performance of a speaker at the frequency extremes is now considered of equal importance to the midrange. The new 700’s treble unit incorporates a lightweight, damped, 28mm microfibre dome with an ultra-smooth response, backed by a damped rear chamber that pushes the fundamental resonance well below the crossover region – greatly superior to the 19mm-dome treble unit in the original 700.

The drivers and crossover are housed in a real-wood veneered cabinet, measuring 51x26x27cm (HxWxD) and featuring a twin-wall sandwich of high-density MDF and particle board bonded by a layer of high-damping adhesive. This enhanced construction, more sophisticated than the original speaker, results in a cabinet with panel resonance well below audibility, allowing the drive units to do their job unsullied by cabinet coloration at all frequencies.

Mission has designed a pair of optional floor stands, tailor-made to match the new 700. An open-frame design made from carbon steel with damping material in each of its four uprights, the stand positions each speaker at an ideal height while removing the effects of unwanted vibrations.