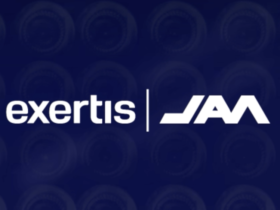 Last week, the organizers of the Montreal audiofest, which is scheduled to take place March 27-29, 2020, confirmed that the show will continue as planned. Today, they provided more details to assure Canadians that it is safe to attend the event.

“Rest assured that Canada is neither in the throes of a panic over the coronavirus, nor has the virus infiltrated Canada’s borders to the extent it has in other countries,” says Sarah Tremblay and Michel Plante, who organize the event. “In fact, Quebec has only four reported cases of the virus, none fatal, making it one of the safest places to travel to.

“There is a difference between perception and reality,” they add. “The reality is that some major events in the USA are being cancelled not entirely for safety reasons, but because insurance companies are now refusing to cover them. The Montreal event is not international by nature. It does not cater to a market from Europe or Asia. Ninety-three per cent of the event’s attendees are from Canada.”

During the event, which is to be held at Hotel Bonaventure in Montreal, hotel staff will regularly clean and disinfect door handles, escalator rails, bathrooms, and other public areas. Hand sanitizers will be available throughout the show floors. There will also be a trained professional on the premises to test people’s body temperature for signs of a fever. “All adequate measures will be in place to ensure your health,” says the pair, “despite Health Canada’s assurance that transmission of the coronavirus is low.”

“The Public Health Agency of Canada (PHAC) has assessed the public health risk associated with COVID-19 as low for Canada,” says the PHAC, as of March 9, 2020. “Public health risk is continually reassessed as new information becomes available.”

The Montreal Tourism Association is working closely with all hotels and convention centres to keep show organizers informed of any new developments. Other public events are still happening and on schedule, schools are open, and airports are monitoring passengers from specific countries upon their arrival.

The Montreal audiofest will only be cancelled if our government decides the situation in Quebec has worsened to the point of being declared an “Act of God” and, as a result, cancels all public events. But this is unlikely to happen.

That said, should that occur and the government mandates that all shows be shut down due to healthy and security reasons, all exhibitors will be reimbursed for their space. However, exhibitors will not be reimbursed if they want to pull out of the show for personal reasons since the show itself has not been cancelled.

With that said, the organizers believe it is “extremely unlikely” that the government will declare an “Act of God” scenario.

As it stands, attendees are registering every day for the show, and the organizers still expect a strong turnout. Attendance to the show for both members of the industry and the general public is free.

“We ask that you please still join us. Our industry needs to promote itself, and the Montreal audiofest offers a safe environment in which to do it. If things continue the way they have, it may be the last consumer audio show in North America for a while.”

In Canada, Collision Conference, which typically welcomes 30,000+ people from around the world each year, canceled its event in Toronto. However, the show is taking a unique approach and will proceed in virtual format this year through a modified online event called Collision from Home.

Other industry events that are continuing as planned include the DX3 Canada Conference, which took place in Toronto in early March, and the Canadian Mobile Auto Expo, which is scheduled for early April.